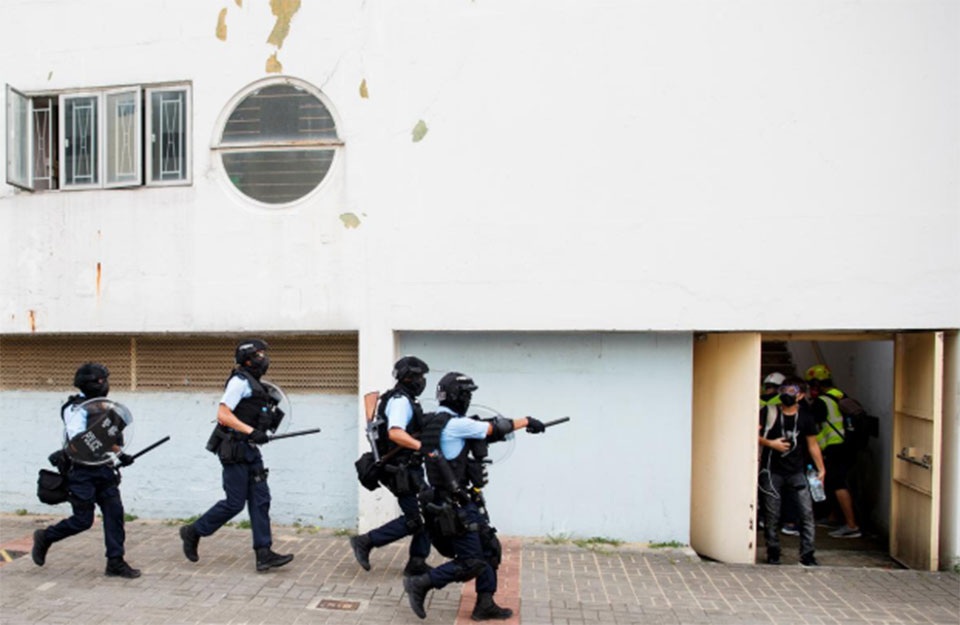 HONG KONG, Aug 25: Hong Kong police said on Sunday they arrested 29 people after clashes overnight in which volleys of tear gas were fired to disperse anti-government protesters, as the Asian financial hub braced for more demonstrations later in the day.

Activists threw petrol bombs and bricks on Saturday in the gritty industrial area of Kwun Tong, a densely populated area of the Chinese territory on the east of the Kowloon peninsula. Four MTR subway stations were closed due to the protests.

Police used tear gas after some protesters threw Molotov cocktails and bricks and others tore up “smart” lamp posts equipped with surveillance cameras. Other demonstrators had set up roadblocks with bamboo scaffolding.

It was the first use of tear gas in more than a week after a series of mostly peaceful demonstrations in the former British colony.

The protests, which started over a now-suspended extradition bill and have evolved into demands for greater democracy, have rocked Hong Kong for three months and plunged the city into its biggest political crisis since its handover from British to Chinese rule in 1997.

The wider calls for democracy pose a direct challenge for Communist Party leaders in Beijing, who are eager to quell the protests ahead of the 70th anniversary of the founding of the People’s Republic of China on Oct. 1.

Transport to the city’s international airport appeared normal early on Sunday, despite protesters’ plans for a day-long “stress test” of transport in the international aviation and financial hub.

The protest movement still appears to have broad support, with thousands, including families, lawyers, accountants and young and old people, taking to the streets in anti-government rallies.

Demonstrators’ demands include an independent inquiry into what they describe as police brutality, a full withdrawal of the extradition bill and universal suffrage.

They say they are fighting the erosion of the “one country, two systems” arrangement that enshrines a high degree of autonomy for Hong Kong since the handover to China.

Police said in a statement on Sunday they strongly condemned protesters “breaching public peace” and that 19 men and 10 women had been arrested. More than 700 have been arrested since the demonstrations began in June.

Another protest is planned for Sunday in the working class district of Tsuen Wan, while demonstrators also plan a city-wide strike and class boycotts at universities in coming weeks.