Hollywood keeping an eye out for Indian talent: Irrfan Khan 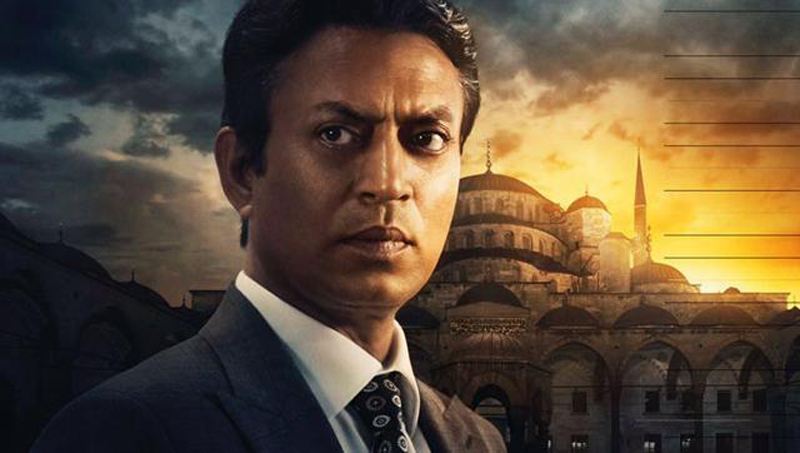 NEW DELHI, Oct 10: Irrfan Khan, who has worked with some of the biggest names abroad, says people from Hollywood are now on a constant lookout for Indian talent.

He says “they are looking at India with a keen eye on who they can bring in”.

“The major change (over the last decade) is that Hollywood is getting interested in Indian talent. They have been very smart and wise about taking the talent from different countries — whether it is Spain, Mexico, China, Japan or Korea. They have incorporated talent from all around the world to make their storytelling fresher and bring new elements into it,” Irrfan told IANS in an interaction before the release of his next Hollywood film Inferno.

And that freshness is what Indian stars bring to the stories that the West seeks to tell.

“That’s how our actors or our technicians are getting incorporated in their storytelling — like AR Rahman (music) is there, Resul Pookutty (sound designer) is there… And now these actresses like Deepika and Priyanka are getting there. So, now they are looking at India with a keen eye to see who they can bring in,” said Irrfan, who is known for his unconventional looks, projects and acting techniques.

With projects like Paan Singh Tomar, Talvar, Maqbool, and 7 Khoon Maaf, Irrfan has carved a name for himself in Hindi cinema. He has gradually established himself in the West too. But there was a time in the 1990s when Irrfan was contemplating leaving the glitzy world of showbiz.

British filmmaker Asif Kapadia’s The Warrior in 2001 gave a much-needed fillip to his career and an exposure to the West that opened new vistas. From there on, there was no looking back.

He has been associated with foreign films like The Namesake, Life of Pi, A Mighty Heart, Slumdog Millionaire, Jurassic World and The Amazing Spider-Man.

Come October 14, Irrfan will be seen joining Hollywood actor Tom Hanks in his quest to save the world on the silver screen in Oscar-winning director Ron Howard’s film Inferno.

The film is releasing in India two weeks before it opens in the US.

When IANS caught up with the Piku star during a special media conclave organised by Sony Pictures Entertainment, Irrfan looked back at his journey in the West, sharing how his move to tread the Hollywood path was initially met with criticism.

The 49-year-old said: “When I entered Hollywood, most of my colleagues and industry people used to say that ‘Hollywood mein kya hai’, ‘Taxi driver aur waiter ke role hi hote hain’. But fortunately, things have changed. Now, the nationality is not important.”

Using his character in Inferno, Irrfan further elaborated on his contention.

“For me in Inferno, nationality doesn’t matter, or like in Jurassic World, where I played the role of Simon Masrani — he could have been an Indian Sindhi or an Italian. So that is how things are changing. Your nationality doesn’t really become a limitation,” said the National Award-winning star.

Irrfan said he only believes in focussing on the present and in preparing for the future. “I am just concerned about what am I going to do next and what I am doing now,” he said.

For now, it’s all about Inferno for Irrfan. Based on novelist Dan Brown’s work, the film deals with a deadly virus that threatens mankind.

The critically-acclaimed actor urges his fans to brace themselves up for a mysterious as well as “fast-paced, engaging” ride with the thriller.