Holidaying with books, movies and podcasts 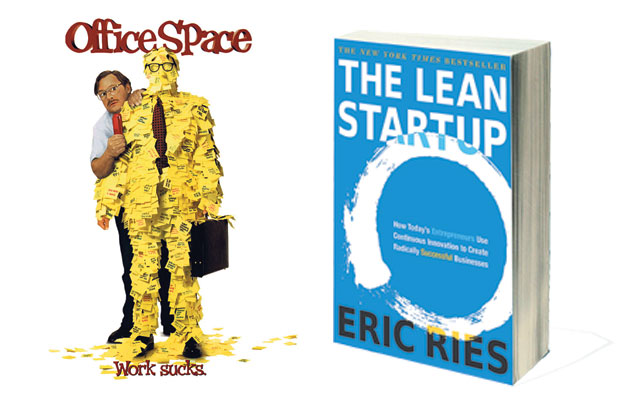 If you don’t have outdoor expedition plans this holiday season, you may want to brush up some of your entrepreneurial skills through books, movies and podcasts.

Here is a tight list of inspirational movies, insightful books and entertaining podcasts to make your indoor stay as productive as possible.

A courtroom drama where twelve jury members need to come to a unanimous decision on whether a teenager, who’s accused of murdering his father, should be declared guilty or innocent. This movie deserves multiple viewing to decode the story’s progression and turn of events. Many business schools use this movie as a reference to teach their students on influencing others and developing negotiation skills. Though this is an old black and white film, it still has elements that will inspire you to think out of the box and debate logically.

Based on Christopher Buckley’s novel, this movie follows a pro-tobacco lobbyist Nick Naylor whose job is to disseminate a clean image of tobacco companies all over US. For that Naylor makes multiple public appearances on TV shows in an attempt to defend tobacco products. His central claim is that there’s no link between lung cancer and tobacco. The movie takes a satirical portrayal of corporate America. Through Naylor’s character you get a glimpse of a man who is morally corrupt and fastidious to get things done through unethical PR tactics.  Some heroes inspire you to take their path but Naylor is an anti-hero who inspires you not to follow him.

This is a cult classic 90s film, released just when the dot com bubble was beginning to fade. A bunch of software developers works under an overpowering and obnoxious boss at a company that’s downsizing. Until one day the unmotivated and overworked central character Peter Gibbons decides to get hypnotherapy. But in the midst of the session, Peter’s therapist dies of a heart attack. And that accident turns Peter into a calmer and relaxed person who finally has the guts to speak up about the dehumanizing aspect of his corporate desk job. ‘Office Space’ gives us the exploitative nature of working culture at American offices in the mid 90s. Budding entrepreneurs who want to re-affirm their decision to not get stuck in an office job will connect the most with the film.

The Lean Startup
by Eric Ries

The author of the book Eris Ries is a software engineer who proposed “the lean startup” model in 2008 through his blog. According to this model, anyone can become an entrepreneur if a person has a concept and she’s willing to turn it into a marketable product considering all the risks and uncertainties. And the reduction of uncertainties require companies and entrepreneurs to make a sustainable business with the principle of “build-measure-learn”, meaning to put a product in market, get customer response and then use those suggestions to improve. The book gives you a roadmap to visualize your business and build upon it.

Founders at Work
by Jessica Livingston

This bestselling book by Jessica Livingston features in-depth interviews with founders of many successful technology based companies. Founders of Apple, Paypal, Hotmail, Cragilist and Flickr share their early struggles and their breakthroughs in this inspiring collection of interviews. After its release in 2007, the book has been successful in launching the ‘At Work’ series of ‘Q & A’ books featuring innovators, advertisers, coders, inventors and venture capitalists. But the original ‘Founders at Work’ still tops the must-read book lists for entrepreneurs.

How I Built This

Hosted by American radio host Guy Raz, this podcast series was launched last September and is only four episodes old. Here Raz invites successful entrepreneurs and interviews them. The interviews don’t follow a typical format and feel more like stories.
Raz expertly crafts a strong narrative filled with the entrepreneur’s high points and low points in making each episode very engaging. We get to hear the founders of Instagram retelling the moment when they recognized the potential of their idea to the dark phase when they had to encounter a backlash from many Instagram users. In a short period, the show is rapidly climbing the charts of best rated podcasts.

This Week in Startups

A weekly show that covers startup related news and information from all around the world. It also features expert guests who give tips on strategy building, product development and team building. Hosted by Jason Calacanis, this is rife with humor and insights.
If you want to stay updated with global trends and get familiar with everything startup, subscribe and listen to this podcast.

Nepal is on a weeklong nationwide lockdown from today. The second confirmed case of COVID-19 has been reported. People are... Read More...

Today’s parents worry a lot about their children’s declining reading habits but they don’t seem to read themselves. ... Read More...

KATHMANDU, Feb 27: The Election Commission (EC) has slapped a fine of Rs 100 to 11 parties including Naya Shakti Nepal... Read More...

Govt forms panel to probe death of rhino
33 minutes ago