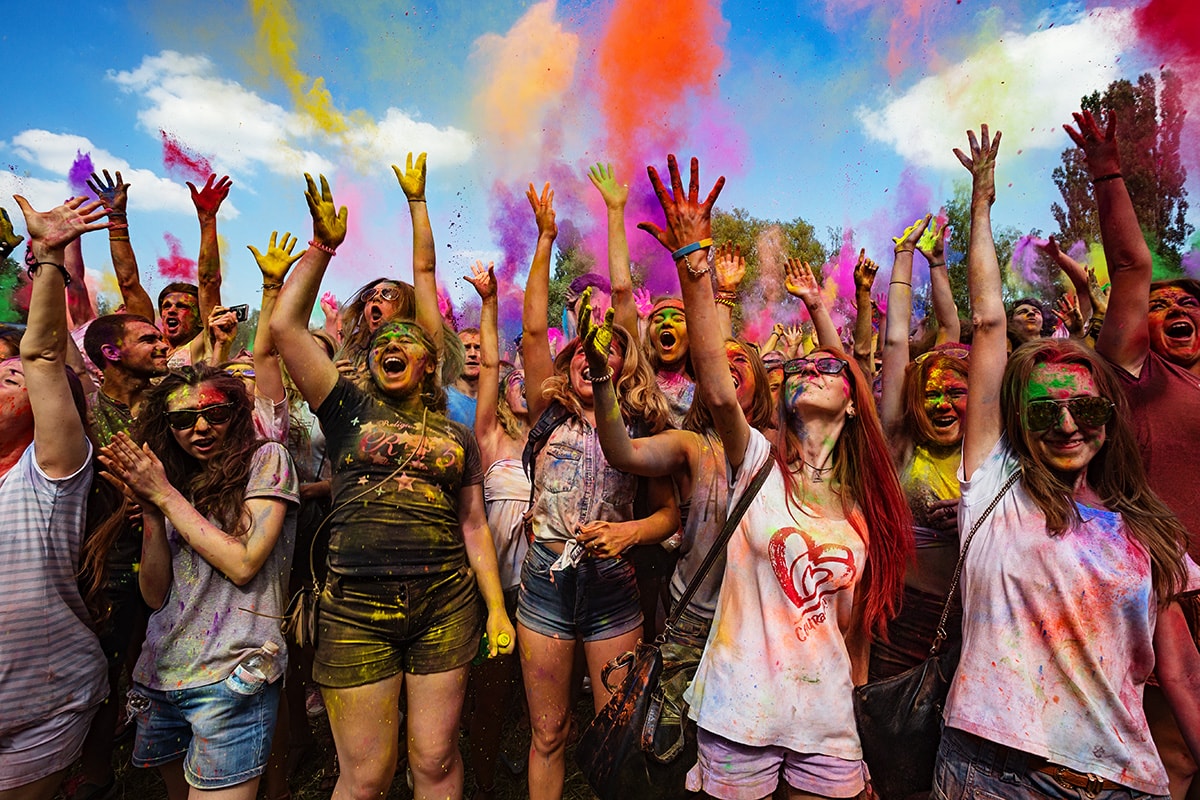 -In a disciplined manner in Valley
-Minor killed in Pokhara

KATHMANDU, March 2: Except for the accidental death of a minor, the Holi festival, which is also known as the festival of colors, was celebrated amidst jubilation across all hill and mountainous districts on Thursday. The festival is being celebrated across tarai districts in the southern plains on Friday.

People in the Kathmandu Valley said that the festival was more disciplined and peaceful this year, as the police took stringent measures against those forcefully smearing color and throwing water-filled balloons and plastic bags i.e. Lolas. Locals give the credit for this to the awareness campaign launched by police against such acts.

In Kathmandu, police arrested 160 persons for forcibly smearing color, throwing Lolas and water on strangers. Police also arrested three persons from Lalitpur and four from Bhaktapur for allegedly getting involved in such acts.

The police had also intensified security check against drunk driving since the morning as a large number of people were found driving vehicles in a drunken state. According to Nepal Police Headquarters, traffic police had taken 523 motorcyclists under control from various parts of the Kathmandu Valley to contain possible road accidents. A press statement issued by Nepal Police said that investigations are underway against those arrested.

In Pokhara, an 11-year old minor was killed after he fell off the rooftop of his two-story building in the course of playing Holi. Awiskar Regmi of Bindhyabasini, Pokhara Lekhanath Metropolitan City-2, died while undergoing treatment at the local Fishtail Hospital, according to Spokesperson for Kaski District Police, DSP Khadka Bahadur Khatri.

Regmi had received a deep injury in the head. “We had organized an awareness program to our best. But as the parents did not pay enough attention, the minor was killed,” said Khatri. Police had advised the people to exercise caution while playing Holi to avoid such unpleasant incidents.

According to DSP Khatri, police arrested 33 persons including four women from various parts of Pokhara for forcibly smearing colors and throwing water-filled balloons at strangers and for hooliganism. “Compared to the previous year, people seemed more cautious this year. We had also tightened measures against such activities,” he said.

Meanwhile, an unidentified group of armed assailants shot at and injured a person critically on Wednesday evening in Birgunj as this commercial town prepares to celebrate Holi on Friday. Umesh Prasad Chaurasiya, 32, of Birgunj Municipality-10 Ranighat was injured in his right abdomen after the assailants opened fire at him at around 9:30 pm near Rato Bangala.

Injured Charasiya, who is a businessman by profession, is undergoing treatment at Bir Hospital in Kathmandu after preliminary treatment at Narayani Sub-Regional Hospital in Birgunj. Doctors had referred him to Bir Hospital after he had excessive internal bleeding due to bullet injury.

DSP Rajan Limbu at Parsa District Police Office claimed that they arrested those involved in opening fire against Chaurasiya on Thursday. “We have arrested four persons in connection with this incident. While three persons were arrested in Birgunj itself, one other is being brought to Birgunj after his arrest,” he said.

Call to resume air service to hilly districts from Biratnagar