Holeri gears up for tourism promotion through literary festival 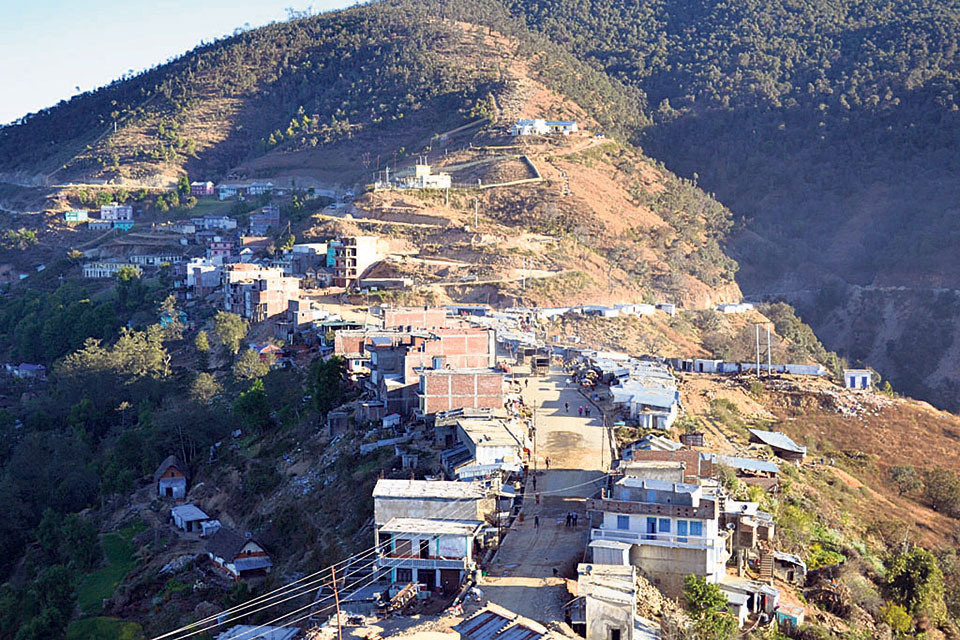 ROLPA, March 16: Runtighadi Development Conference was organized in Rolpa just a few days ago. As a result, another such function is on the way for the promotion of tourism and literature in the area. Local bodies of Rolpa with the support of other stakeholders are organizing the ‘Rashtriya Akshar Mahotsav’ this month. The two-day function will start on March 22.

“It looks like a literature festival, but at the core, it aims to promote this place,” said Balaram Budha, chairperson of Runtigadhi Rural Municipality. “Holeri is a wonderful place, but domestic and international tourists are not aware of it.”

During the election, Budha along with many other election candidates had pledged towards promoting tourism in the area. “Now it is time for us to fulfill that pledge and establish Holeri as a tourist destination,” Budha says.

Rolpa people have unique costumes, language, cultures along with their dance and music.  Apart from these attractions, its topography and landscape can entice visitors. “We have been lagging in advertising what we have. Unless you fiercely promote your offerings, nobody would know about them, let alone be interested in it. So we planned to organize this festival. Other festivals and functions will follow in the days ahead,” Budha said.

According to Budha, writers, comedians, singers, musicians, and artists representing various genres will be participating in the program. They would be taken to the main tourist spots of Holeri and other areas of Rolpa. “It will be a grand celebration, and we expect it to draw the attention of media houses.”

Writers Nayan Raj Pandey, Amar Neupanne, Ramlal Joshi, Nabin Bibash and Archana Thapa, among others, are expected to participate in the program, the organizer said. Similarly, comedian duo Hari Bansha Acharya and Madan Krishna Shrestha will also be participating in the function. Poet Tulasi Das has also confirmed his participation.

“We have a trend of embracing foreign artists but ignore our own. That is not good, we have invited some of the great artists of our time to this program,” Budha stated.

“They are free to come up with their creations, but we have invited young poets too, who will write on Rolpa and its history. Our culture, lifestyle, traditions, natural beauty and so on would also be reflected in their verses. We plan to organize such programs should be done from time to time,” an elated Budha said.

Such literary program has another significance too, according to locals. Rolpa was once a war-torn area. Maoists had started insurgency from here, and Holeri was much more affected by the conflict. Things have improved over the years. If literature is celebrated and tourism is promoted in an organized way, Rolpa would be able to progress further, they remark. “Males and females are equally enticed with the program expecting it to create awareness about the place and its uniqueness,” Budha noted.

KATHMANDU, March 13: Nepali Embassy in Colombo organized a tourism promotion program with the slogan, ‘Nepal: You should visit at... Read More...

KATHMANDU, Oct 7: The Non-Resident Nepali Association (NRNA) has said that Nepal can attract more tourists as the country is getting... Read More...