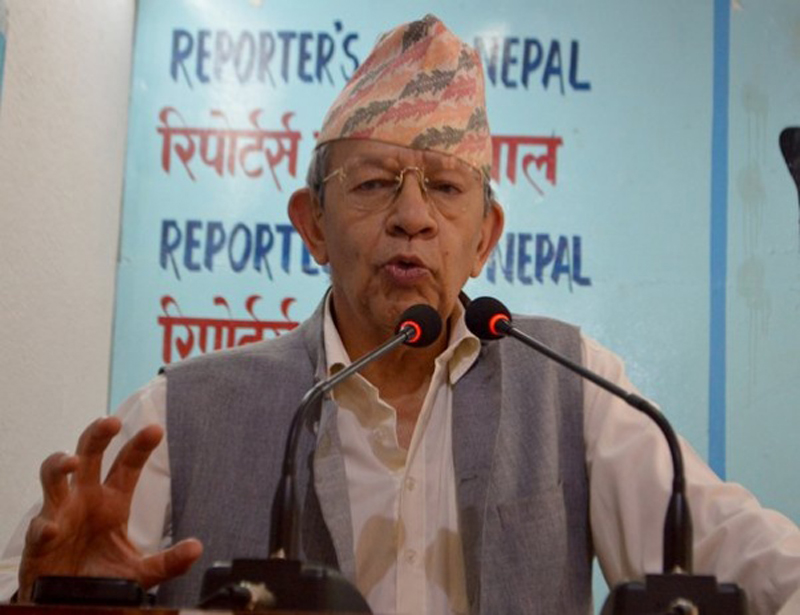 KATHMANDU, Sept 20: Chairman of Rastriya Prajatantra Party, Pushupati Shumsher Rana, has said the election in the local bodies was imperative to address the concerns raised by the forces dissatisfied with the constitution. According to him, the elections can be held in the previous setup of the local bodies.

He was speaking at a programme organized by the Reporters' Club in the capital city on Tuesday. At the programme, Nepali Congress leader Chandra Bhandari said the constitution could not be amended without UML's support, so all parties should be united for it. The demarcation of the province should be determined as per the views of the locals.

The provision relating to citizenship in the constitution can't be amended as argued by the Madhesi front, he stressed.

Similarly, chief political advisor to the Prime Minister, Chakrapani Khanal, said PM Pushpa Kamal Dahal cancelled his visit to the US in order to advance the constitution amendment process.

He further said the US visit was cancelled after the suggestions from the Madhesi Front.

The amendment process takes a pace before Dashain festival, he added.

CPN-UML leader Satya Narayan Mandal expressed worry over the efforts to exclude UML from the national politics. He also argued that the provision on citizenship can't be amended in the way the Madhesi Front has demanded.

On the occasion, Vice-Chairman of Federal Socialist Forum Nepal, Lal Babu Rawat, however, said as many as 52 articles were contradictory to other articles. So, the provisions relating to provincial border, gender discrimination, citizenship, lingual matters, constituency based on population, judiciary, formation of various commissions should be amended, he demanded. RSS

KATHMANDU, Aug 24: CPN (Maoist Center) leader Haribol Gajurel has claimed that the local elections would be held on the... Read More...