Hodgson and Rooney to English fans : 'Stay out of trouble' 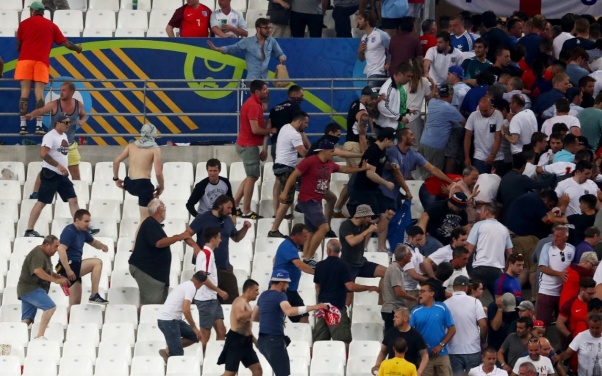 PARIS,June 13:England manager Roy Hodgson and captain Wayne Rooney have appealed directly to fans to end the violence after UEFA warned the both English FA and Russian FA that a repeat of violence could result expulsion from EURO 2016. Three Lions boss Hodgson and captain Rooney have issued a message about fan behavior in a video posted on England's official Twitter account.

Hodgson said “As the England manager I am now obviously very concerened with the threat which is now hanging over us,and the sanctions that could be imposed on the England team,”

“We’ve worked very hard to get here and we desperately want to stay in the competition.

“Please make sure that these threats that are issued are not carried out and we will attempt thes best we can to stay in the competition.”

Captain Rooney added: "I would like to thank the England fans for their great support in the stadium against Russia and now we have a big game coming up against Wales.

"I would like to ask the fans: 'Please if you don't have a ticket, don't travel.'

"And for the fans with tickets to be safe and sensible and continue with your great support for the players."

I was on my mission to do an action research. I entered a school with a great enthusiasm that I... Read More...

Fans of Nobel laureate express sorrow, anger over his death