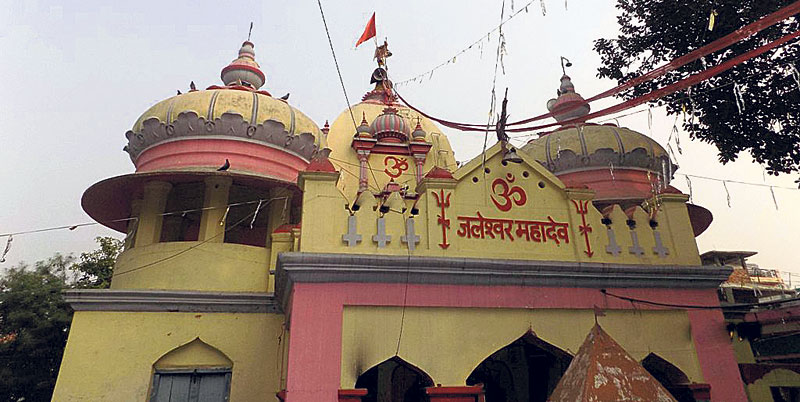 MAHOTTARI, Aug 23: Mahottari district does not lack historical and religious sites of great archeological importance. However, many of those sites are in the verge of extinction in lack of proper conservation.

Many sites in the district carry immense potential to draw a large number of tourists. However, these places are losing their identity in lack of renovation works.

Sites such as Jaleshwar Nath Mahadev of Jaleshwar, Karik Maharaj of Paudel VDC and Siddhanath Mahadev Temple of Bhangaha-6 are of significant archeological value. Likewise, sites such as Matihanisthan, Andhaandhisthan, Banauli Danauli and dozen other places have historical significance and are linked with the Ramayan epic. Dozens of such places are in the verge of extinction in lack of conservation efforts.

“Among many other sites, Jaleshwar Nath Mahadev Temple of Jaleshwar carries potential to spread the name of the region,” said Nagendra Kumar Karna, a local of Sugabhawani, Jaleshwar-15. “Despite such great importance, the temple is losing its identity in lack of conservation efforts by the government,” he added.

Likewise, the case of an ancient Siddha Nath Mahadev Temple located at intersection between Ratu and Badahari rivers is no different. “The temple attracts a huge number of pilgrims. However, it is on the verge of collapse at present,” said Shankar Shah, a local of Siddhapur.

Locals have urged the authorities to renovate and preserve sites carrying historical and archeological importance in the district. They believe such sites, if preserved, can help in the economy of the district by drawing a large number of tourists.

MOHOTTARI, Dec 1: The electoral race in constituency-3 of Mahottari district has become more intriguing after the top leader of... Read More...