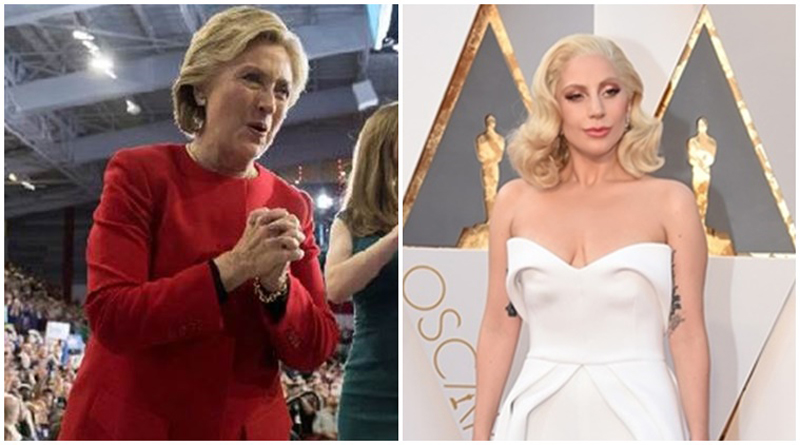 Lady Gaga’s candidate Hillary Clinton may have lost the US presidential election, but the singer isn’t about to stop fighting for love and justice.

Gaga was up early on Wednesday morning protesting outside Trump Tower in New York. She shared a photo of herself holding a “Love Trumps Hate” sign, perched on the side of a sanitation truck, reported MTV.com.

Gaga changed her Twitter handle to the hashtag #CountryOfKindness, which she also used to caption the photo of her protest.

Earlier in the evening, Gaga posted a photo taken with Black Lives Matter activist DeRay Mckesson. In that tweet, she offered some encouraging words in the face of defeat.

“In a room full of hope, we will be heard,” she wrote. “Stand up for kindness, equality, and love. Nothing will stop us.”

Lady Gaga is not the only one who has backed Hillary Clinton openly. Many Hollywood stars have expressed their strong opinions against Donald Trump whose win in the US Presidential race has left them in a state of shock.

NEW YORK, Nov 10: Lady Gaga's candidate Hillary Clinton may have lost the US presidential election, but the singer isn't about to stop... Read More...

Rainfall likely to continue for three more days
12 hours ago