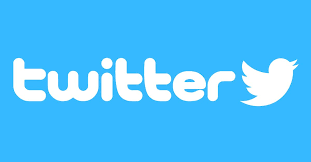 Rights activists while condemning the misuse of parody accounts have defended such accounts arguing that it was an internationally accepted 'form of expression'.

KATHMANDU, JULY 25: Calls for a clampdown on parody Twitter accounts are growing louder with several high profile public figures including politicians throwing their weight behind 'the campaign to remove fake Twitter handles'.

On Tuesday, Bhattarai took to Twitter urging concerned authorities to remove the fake accounts registered in his name.

“Be aware of those cheating with fake names! My official twitter account is only the @brb1954; all others are fake ones! The frauds be punished as per the law,” Bhattarai Tweeted.

Bhattarai's aide Bishwodeep Pandey said that they are considering legal action against the fake handles if their calls for removal go unheeded.

Around two weeks ago, Mahat had expressed similar concerns over parody accounts that were spreading "fake information and stupid contents". There are around half a dozen accounts opened in his name.

“I would like to inform the general public to be aware about fake Twitter accounts as I see people making my parody Twitter account to circulate fake information and to post stupid contents. I urge social media assailants to stop all these kinds of activities,” Mahat said in a Twitter message.

Bhattarai and Mahat are among some of the widely followed politicians on Twitter. Their disapproval of parody account comes at a time when police are tracking individuals operating parody accounts of politicians and celebrities.

Parody account has triggered a huge debate in media since the Ministry of Home Affairs on January 1 decided to book people handling false social media accounts including the one registered in Prime Minister KP Sharma Oli's name.

Critics say that the parody accounts should be closed as it was becoming an instrument to spread misinformation and assassinate character of the person concerned. Some of the accounts, they claim, were not even abiding by Twitter's policy on account creation.

The rule mentions that the username and profile of parody account should clarify non-affiliation that must be stated in a way that can be understood by the intended audience. Also, the account should not tweet anything that seriously offends the other group of users or the targeted person.

“Yes, freedom of expression in social media is mandatory but under some limitations. Someone willing to express something via the platform of social media can openly post contents in their personal account, there is no need of creating a fake account, using someone else's identity. Creating a fake or a parody account might contradict personal vision and personal perspective of well known people,'' said Rajib Subba, deputy inspector general of police, an expert on Social Media and Crisis Informatics.

Subba said that it is important to take into account a thin line between parody and slander.

“Internationally, creating parody or fake account by mentioning non affiliation to the targeted person might seem ok, but in context to our nation where people are still struggling to differentiate between what is wrong or right, these acts seem misguided and wrong,” said Subba.

Rights activists while condemning the misuse of parody accounts have defended such accounts arguing that it was an internationally accepted 'form of expression'.

“Everyone has the rights to freedom of expression. Having said so, the parody accounts should not misinform or mislead the followers,'' said Taranath Dahal, an advocate for freedom of speech.