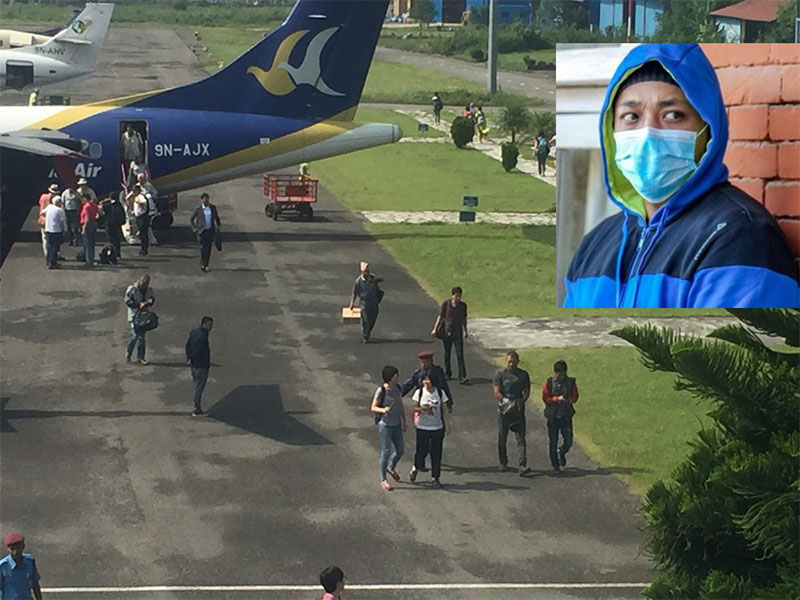 POKHARA, Oct 2: Gangster Samirman Singh Basnet, the mastermind in the murder of then chairman of the Federation of Constructors Association of Nepal (FCAN) Sharad Kumar Gauchan, has been transferred to Mustang prison from Nakkhu jail in Lalitpur.

Gauchan was shot dead on October 9, 2017 and Basnet was arrested in that connection on December 2. He has been transferred to Mustang prison, citing his suspicious activities at Nakkhu.Basnet was flown to Pokhara by Buddha Air at 10 a.m. on Monday and then taken to Mustang by the Pokhara-Beni-Korala road.

Security people in Mustang said Basnet's transfer to the relatively flimsy local prison is a security risk for the district. “The prison here is not strongly built. It doesn't make sense to transfer a hardened criminal to it on the ground that a prison in the capital cannot cope with him,” said a senior police officer requesting anonymity.Mustang's prison is in a dilapidated state. It's just a room with mud walls. A few prisoners are being held there with great difficulty due to the poor facilities.The Ministry of Home Affairs notified Mustang prison regarding the transfer just three days ago, leaving it unable to make necessary arrangements for the high-profile criminal.Chief District Officer Shishir Paudel said the government might have transferred Basnet, believing that Mustang's isolated location could make imprisonment there more secure.

Transferring a notorious criminal here shows that the government has confidence in our ability to provide security,” the CDO said. “We take it as a challenge."

Meanwhile, Basnet's family is worried over his transfer. His wife Maya Sherchan reached Pokhara upon receiving information about her husband's sudden transfer . However, she did not divulge who informed her . She was worried over how the police in Mustang could provide him security and why he was transferred to this far-flung location.

A total of eight convicts, including two serving time for murder, one for attempted rape, three for rape, and two for cow killing are serving time in Mustang prison, which has space for not more than nine convicts. Eight security personnel watch over them.

The month since Myanmar's military coup
30 minutes ago