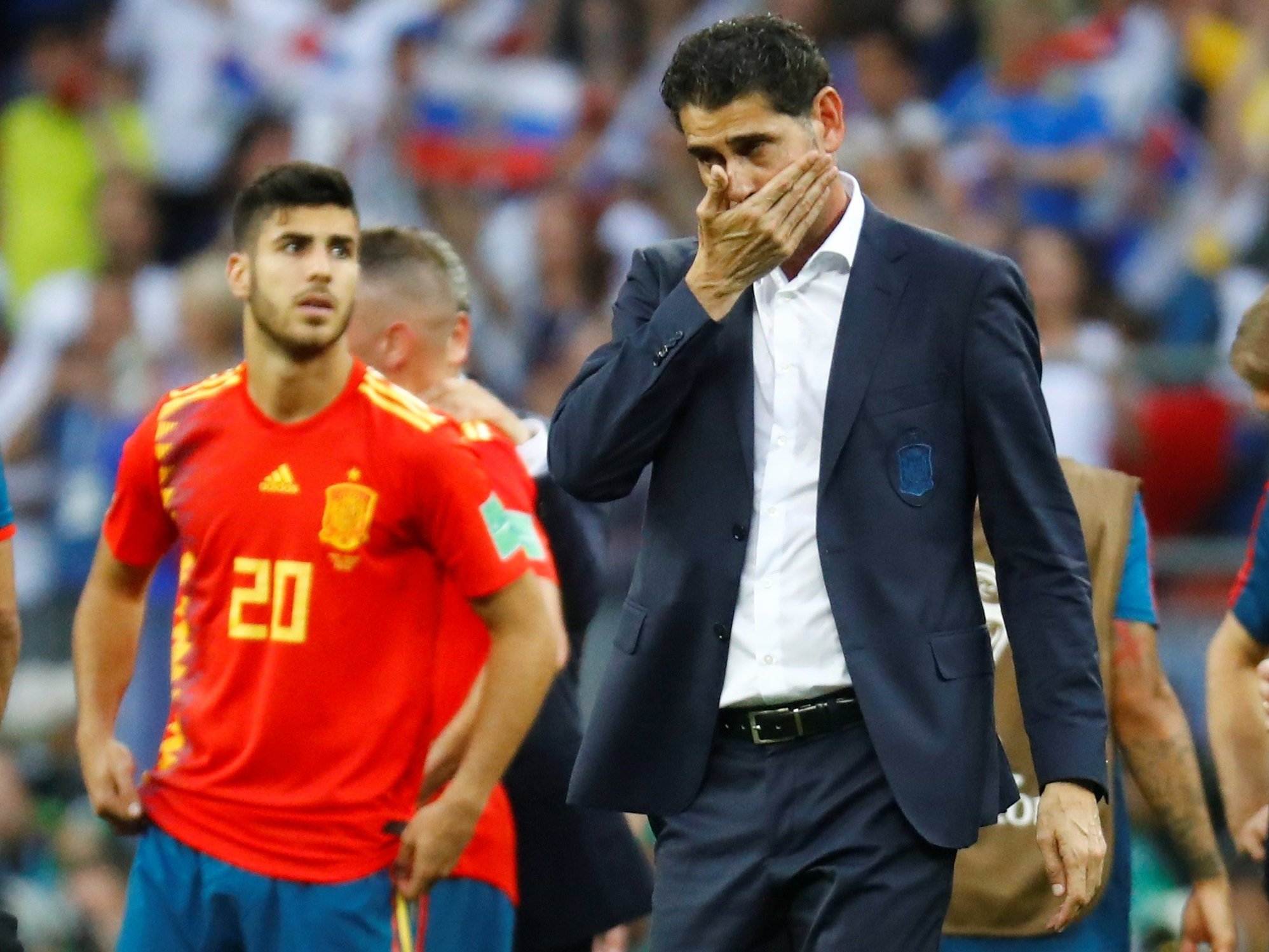 “After many kilometres travelled together, the Spanish Football Federation and Fernando Hierro have called an end to their relationship now that Spain have finished their participation in the World Cup,” said a statement on the Spain team’s website.

“The last Spain coach has declined to return to his old job as sporting director of the Federation in order to look for new horizons and new professional challenges.”Hierro was named sporting director for the second time in 2017 but was unexpectedly catapulted into the role of national team coach the day before the World Cup began when Julen Lopetegui was sacked after agreeing to join Real Madrid.

Under the former Real Madrid defender, who previously had just one season’s experience as a coach with Real Oviedo, Spain won one of their four games in Russia, a 1-0 victory over Iran in Group B, and drew 3-3 with Portugal and 2-2 with Morocco.

They finished top of Group B but suffered a shock elimination by hosts Russia in the last 16 last Sunday in a penalty shoot-out after a 1-1 draw.

“The Federation would like to thank Fernando Hierro for his commitment and sense of responsibility for taking charge of the national team in extraordinary circumstances and his other roles for the organisation, which will always be his home,” added the statement.

Germany’s World Cup exit: How papers across the globe covered the news

The defending champions’ departure is featured on front pages all over the world. ... Read More...

ZURICH, Aug 31: Europe finally kicks off its 2018 World Cup qualifying program on Sunday, as the last of FIFA's... Read More...