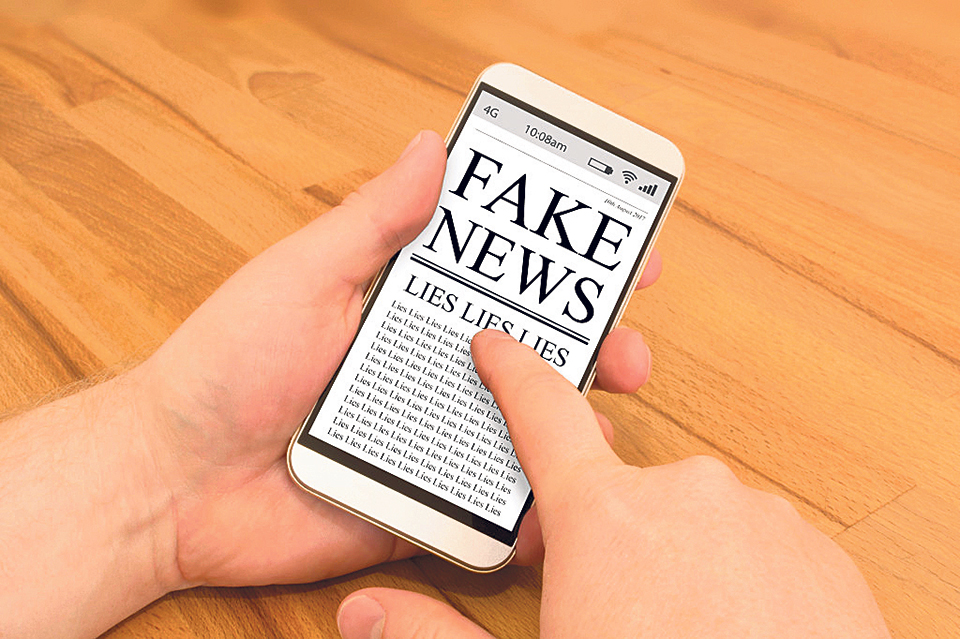 Subedi is chief of the Federal Information and Communication Department of Bibeksheel Nepali. He is also the CEO of SliconHire Pvt. & VZeal Technologies Pvt. Ltd.
news@myrepublica.com

Do you recall seeing headlines like these? Nepali scientist invents Corona vaccine. Barsha Raut supports India on border dispute issues. Donald Trump says to India to give Nepali territory back.

Have you ever started reading an article, then quickly swiped away, before you are half-way down the first paragraph? Have you just read the headlines of an article on social media and shared it just because it was shared by someone you knew ? Have you posted videos of an activist to various Facebook pages, groups, then forwarded the same to all your friends because you think everyone has to watch it? In most cases, the answers are “Yes”.

The headlines on the top of the page are what fake news normally looks like, and the personal social media behaviors above are your cognitive biases altering your decision making processes. Martie G Haselton, Daniele Nettle, and Paul W Andrews define ‘cognitive bias’ as systematic patterns of deviation from norm or rationality in judgment. There are various types of cognitive biases that affect our decision making, perception of an individual, and a society as a whole; our network and even the clothes we wear on a day-to-day basis, without even realizing. The most common forms of these biases are illustrated in the picture below.

One of the biggest roles in creating fallacies and illusions in Nepal are played by the people who create “content/information/news” in contemporary social media and online news. They capitalize on the readers’ tendency to relate a piece of headline to the reader’s associated beliefs readily available  in their memory such as “corruption” to “politician”. Much of what we believe are byproducts of our memories, experiences and stereotypes, and falsified news or catchy misinformation makes it harder for a reader to accurately process information in a rational manner.

While the world is going through a viral pandemic, we have been simultaneously battling an infodemic of fake news. The press statement of Press Council Nepal on May 22, 2020 stated 136 cases of reported fake news from various mainstream and unregistered online portals and a ban on 70 online “news websites”.  A survey of 8,914 adults in the US, conducted from March 10-16 by Pew Research Center, found 80% of the respondents noting that they had been exposed to at least some fake news about the Coronavirus.  Fake news primarily are of three kinds 1) Mis-information, 2) Dis-information and 3) Mal-information.

Although the three sound similar, they are not.  Misinformation refers to false information created without an intention to harm. It mainly happens when the creator publishes something based on outdated references. An example of this would be the recent cases of some professionals recommending multiple herbal supplements that have yet to show any medical efficacy to treat Coronavirus. On the other hand, dis-information, the most common of them all, is a deliberate act of creating false information to harm or defame a person, organization or country. The most recent example being the obscene video published by a hacker by placing the face of actress Aanchal Sharma on a pornstar’s body. In most recent times, both mis-information and dis-information have played a visible part in changing people's perception, world-view and even political dynamics in countries from the UK, India, to the US where the politicians actively embraced fake news and dis-information during the election campaign specifically to their own advantage. 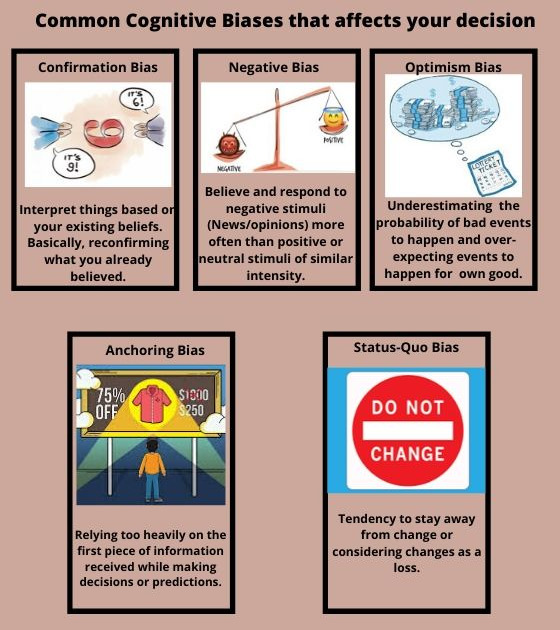 The growing trend of misleading information creation on top of existing biases has been a recent headache to a lot of countries, and Nepal is no exception.  Because of unethical practices by politicians for generations and lack of proper information and communication technology (ICT) laws, and proper monitoring of the online news platforms, Nepalis are suspicious of every “leader” out there. Too often, we hear people say, “s/he must have received a lot of bribes'' while talking about a fairly new political challenger with no history of malpractice or even official position in any form of government. We have a huge crisis in Nepal and there comes a time where an honest leader has to prove his decency and honesty to the people repeatedly, and still end up with more suspicion than support, because of the toxic political-social systems we have today. It is tough for Nepal to distinguish good leadership from bad in a toxic leadership culture.

As we have seen around the world, the incumbent will do everything to stay in power and fake news has been the latest dynamite. Cyberbullying and disinformation has been used time and again to bring down promising challengers. Power hungry Nepali politicians today use the same principle of creating mis-informing headlines and fake news to prevent a new democratic force to thrive. Honestly, we are seeing it more and more often now where the government repeatedly does everything from full page newspaper advertisements to hoarding boards all over town to spread its propaganda. It uses social media and unregistered online portals to “villainize” the ones that speak against them. These so-called “online  digital news platforms” have been making the situation worse as there is almost no cost associated for someone to publish whatever they want, and there is the lack of effective policies and guidelines to track and hold such publishers accountable. Anyone can be running a news portal and claim to be the “fourth pillar”. Moreover, a Press Council with politically nominated leadership is just a kick in the face.

We do not need an extreme censorship system like that of China (although we might already be in that direction with censorship by the government). The solution to this issue is a mixture of proper policies, platform standardization to create a set pattern for digital news medium, consumer awareness and media monitoring system (MMS). MMS involves mandatory registration of all online media and easy-to-access, consumer reporting systems and strictly operated by an apolitical independent body. This system consists of tags that will define the nature of each news, determining if  it is a fact, opinion, confirmed, rumour, etc,with a noticeably visible tag right next to the headlines. Non-compliance to these parameters would result in disruption of advertising revenues, news deletion and temporary to permanent ban for multiple offenders.

A majority of the burden still lies on the general public to verify the information they see, double check the facts and understand one’s biases. With the collaboration of journalists, government, civil society and technology, Nepal can lead the battle against fake news and show the world how it can be done. More importantly, it’s high time that we take action before the pandemic of polarized debates, and deep tensions in society undermine our democracy.

Subedi is chief of the Federal Information and Communication Department of Bibeksheel Nepali. He is also the CEO of SliconHire Pvt. & VZeal Technologies Pvt. Ltd.

Govt, ASDP and NACCFL sign deal for capacity buildings of cooperatives in Karnali
55 minutes ago