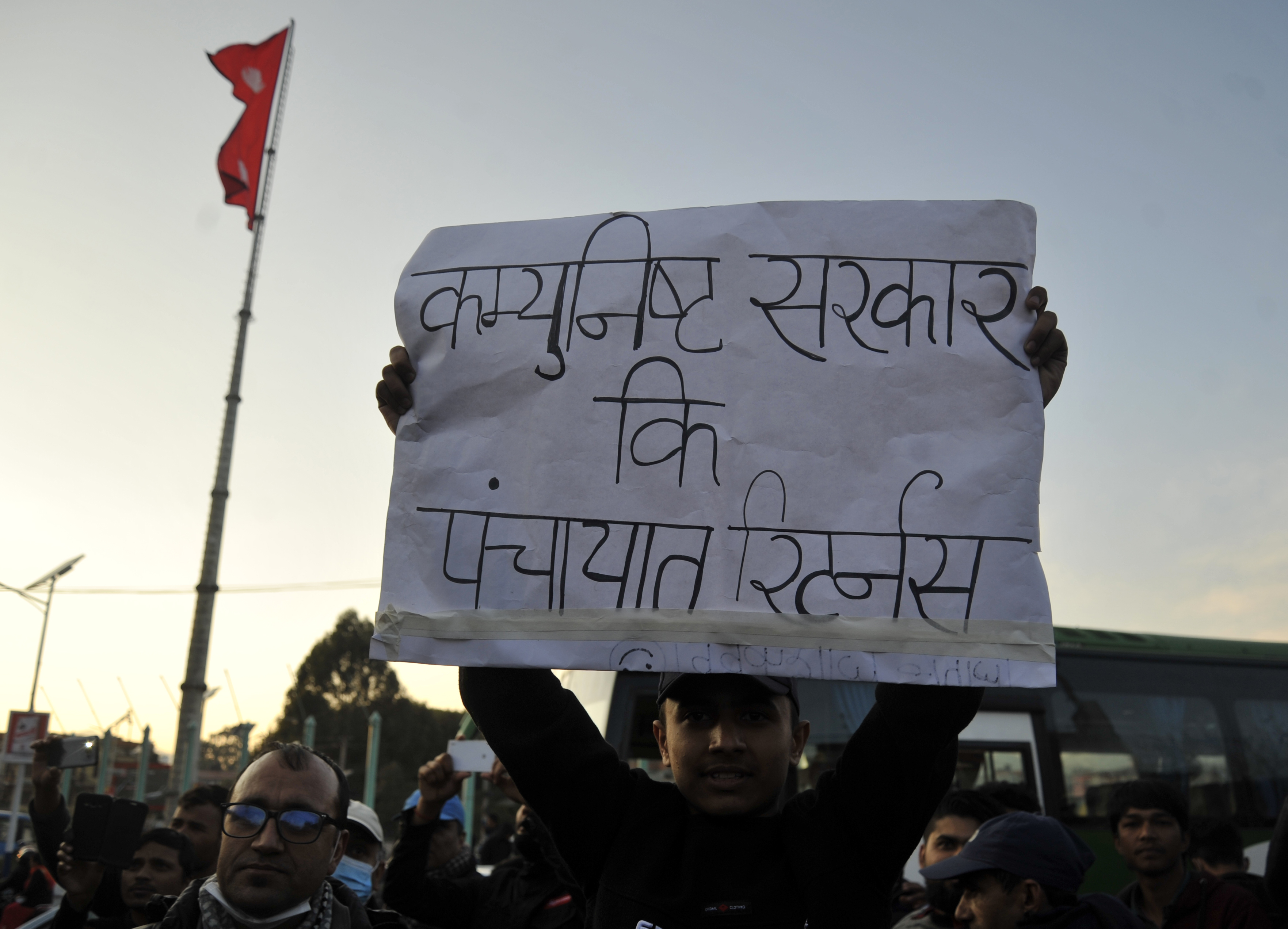 It’s deeply troubling that the government of K P Sharma Oli is displaying authoritarian tendencies through a number of steps it has taken since it took office in February last year. First there was an attempt to ban peaceful protest at Maitighar Mandala, followed by tacit directive on the media not to report anything critical of the government, threat not to provide government advertisements to private media and now this open threat, supposedly from cadres of Nepal Communist Party, to folk singer Pashupati Sharma for his satirical lyric called “Lutna Sake Lut Kanchha.” The trend is disturbing and it is gradually eroding the democratic credential of the government. Pashupati Sharma’s song reflects the frustration of common people over the functioning of political parties in power and their insensitivity to address pressing concerns of people. The song says that since only looters, bigots and dishonest leaders thrive in Nepal, a common man has no option but to loot if he is to survive. Yes, there are some questionable phrases in the song but it’s a parody, a satire. Apparently, the ruling party leaders directed the folk singer to remove the song from YouTube but as is the case, Sharma’s satire has become viral on social media and everyone seems be listing to it or talking about it.

It is not established who actually threatened Sharma to remove the song from YouTube, those in the government or leaders of Youth Federation Nepal (YFN), the youth wing of Nepal Communist Party, as it has come out. But either way the outrage over creative expression of public anger against slow delivery, corruption, misuse of state resources by politicians in power (the song is basically about this and nothing more) is totally misplaced. Precisely because the song speaks the minds of common people, it has become popular and is trending. Besides, Sharma’s song is only a case in point. The government looks bent on bringing laws that could potentially infringe on people’s right to expression. The bill on information technology, for example, aims to regulate social networking sites and proposes a fine of Rs 1.5 million or five years jail term or both for anyone posting or propagating ‘objectionable contents,’ the phrase that could be misinterpreted to target the political opponents and dissenting voices.

Our constitution has granted freedom of expression to people. Article 17 states that “every citizen shall have the freedom of opinion and expression.” This should be respected. Troublingly, there has been one after another attempt that seems to be directed toward curtailing freedom of expression, which has already raised question mark over government’s commitment to core democratic values. This will erode the legitimacy of the government at home and abroad. Ruling party leaders and government ministers should realize that in a democracy people question and they express rage against non-functioning system. Government should be tolerant to opposing views. Intolerance breeds further intolerance and rage. Ruling party and its leaders can risk losing their own credibility by unnecessarily encroaching on the space of creative expression and protest.

On bird flu, awareness is the key

A 21 years old man, reported to be from Kavre district, succumbed to bird flu on March 29 and it... Read More...

How many more deaths do we need?

More than 132 people lost their lives in Kathmandu’s road accidents in the last six months, and 1,176 people died... Read More...

Prime Minister, tell us the truth