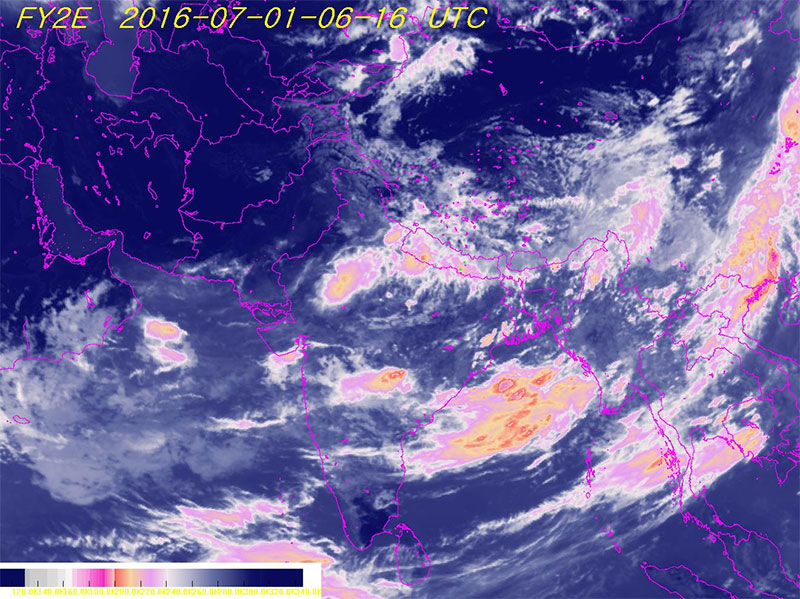 KATHMANDU, July 1: With the surge of monsoon since Thursday, the country has been witnessing heavy rainfalls across the nation.

According to Meteorological Forecasting Division (MFD), Gaucharan, Kathmandu, rainfall in Kathmandu has been measured 23 millimeters till 8:45 am today.

However, no rainfall has been witnessed in Nepalgunj so far but it is likely to occur in the afternoon, said MFD.

The weather is cloudy throughout the nation and the same weather pattern will continue until 2-3 days.

"The moisture-laden winds arising mostly from the Bay of Bengal and partly from Arabian Sea caused rainfall in the southern parts of the Himalayas including Nepal and it is likely to continue until next few days," meteorologist of the MFD Shanti Kandel told Republica Online.

The MFD has advised people to take caution during the monsoon as it might trigger landslides and floods.

Rains forecast for three days in most parts of country

KATHMANDU, July 28: Light to moderate rains has been predicted in most of the parts of the country in the next... Read More...

KATHMANDU, Oct 19: On the third day of the Yamapanchak, Laxmi, the Goddess of wealth, is being worshipped with jubilation... Read More...

Laxmi Puja being observed throughout the country today

KATHMANDU, Oct 30: On the third day of the Yamapanchak, Laxmi, the Goddess of wealth, is being worshipped with jubilation... Read More...