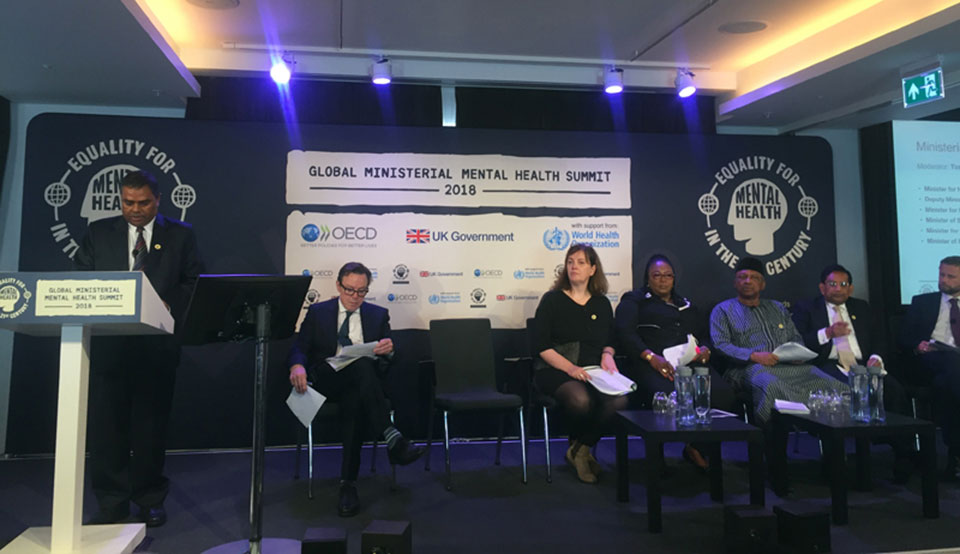 KATHMANDU, Oct 11: Deputy Prime Minister and Minister for Health and Population, Upendra Yadav has expressed concern over the increase in the number of mental patients in Nepal every year due to illiteracy, unemployment, migration, social disintegration, poverty, and natural disasters.

The Deputy Prime Minister and Health Minister said that the mental health problem was not only a serious problem of the least developed and the developing countries but also of the whole of mankind, globally.

Referring to the global statistics that one out of every five persons living in the low-and medium-income countries were suffering from mental health issues, he said 20 percent of the total population of South Asia was suffering from one or the other kind of mental illnesses.
According to the Ministry of Health and Population, in the conference, DPM Yadav also spoke about the provisions in the Constitution of Nepal adopting the basic health as the fundamental right.

He said the government was committed to providing accessible the health care services to the people at minimum cost, adding that the government has also paid special attention to making the treatment of mental diseases more simplified and affordable. RSS

KATHMANDU, June 17: Prime Minister KP Oli has indicated that the British government was not positive regarding Nepal's proposal to review... Read More...