He’s got the moves 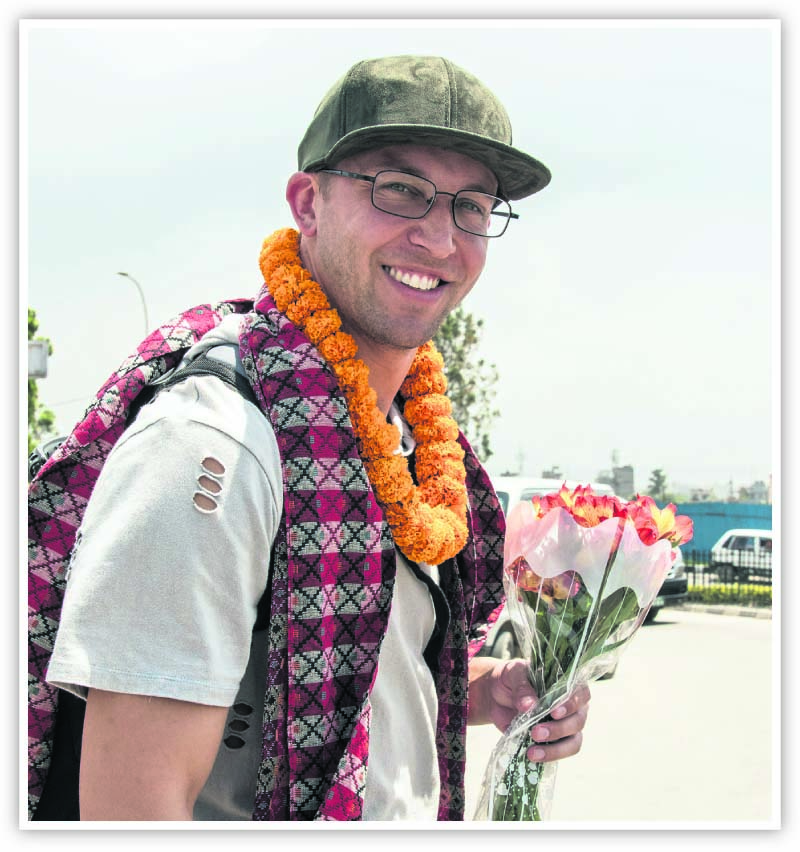 Matt Stefanina had a penchant for dancing from a young age but he never thought he could make a career out of it. He knew chances were high that his passion would remain just a passion, and he would have to make a living by taking up a conventional job. But things changed and after years of struggle, he has now worked with artists such as Snoop Dog, Lil Wayne and many others. He started ‘Dance Tutorials live’ as a way to make online classes accessible to people who don’t have a dance studio nearby or, if they do, they can’t pay for it. His choreography of “Shape of You” on his YouTube channel was uploaded three months ago and is still the number one trending video on the website. He was also the winner of The Amazing Race Season 28. The artist with over six million subscribers on YouTube was in Nepal for a dance workshop organized by Hip-Hop International and Isha Upadhyay caught up with him to talk about all things dance.

How did you get into dancing and what pushed you to pursue it as a career?
I used to watch a lot of Usher’s music videos and he was my biggest inspiration. He made dancing look so effortless that I started getting into it. I would practice the moves he did and found myself dancing everywhere. Before dancing full time, I did a lot of other jobs. I was a personal trainer, a DJ, and a snowboarding instructor but I often found myself wishing I was dancing instead.

I decided that I would pursue dancing as a full time career and give it my all. I realized that my passion was worth fighting for and I didn’t work any part time jobs either. Things got scary because I wasn’t getting that many jobs and life in LA was expensive. All the struggling actors, dancers, and musicians have a similar story but that is just how things are there.

How did your dancing career take off?
The first professional job I had, and how my career took off was dancing on the Tonight Show as Jay Leno’s breakdancing body double. I then started posting my choreographies online and the number of subscribers slowly increased. Soon, I was doing YouTube fan fests and was even giving lessons in LA. People cheer for me whenever I go on stage and that is still a strange feeling for me, I don’t think I will ever get used to it.
I would have never thought in the beginning that things would turn out to be so huge. All I knew was that I wanted to dance and that I was willing to put in a lot of effort for it. I took dance classes all day and when I came back home, I would still be practicing. It would be 2 am before I realized what time it was and I would have to be up at 6 am for another lesson. A lot of what has come to me is because of the hard work I put into it and not just because I was talented, because there are so many talented people in LA.

What are the challenges of being in this profession?
The challenges I face these days are completely different from those of the initial days. One of the biggest challenges is that sometimes the videos I upload on YouTube have problems. Some aren’t available to watch on mobile phones while others aren’t available in some countries. I constantly get messages and comments asking me why I did this, but I really want people to know that it isn’t me. Due to copyright issues and issues with the record label, YouTube sometimes withholds content automatically. I try to work around it by taking permission from the singer, using my friends’ music, or by using a cover song instead of the original one. It’s getting better but sometimes it’s still hard to get around.

Do you have any favorite artists that you have worked with?
Taylor Swift and Chris Brown are the two people I really enjoyed working with. Their energy and the hard work they put in their performances, despite the fact that they are so famous, is something I admire a lot. I have a lot of respect for their music and I think that they are incredible performers. Taylor would even sing in all the practices and, no matter how tired she was, her voice never wavered.

How was your experience in The Amazing Race?
The race is a lot more fun watching it on TV than actually playing it. While the traveling is hard, the language barrier is even harder. It was something different for me but the competitive aspect of it was something I was used to. I don’t audition for things much anymore but when I was starting out, I was in a room full of other dancers, all of whom were amazing and intent on making it. That grind had me ready for The Amazing race. I feel like mentally I was very well prepared for it.

Do you have any advice for the aspiring dancers?
I think that it is very important to be smart in making your decision. Dancing is a difficult career so you shouldn’t forget about school and think about just focusing on it. I loved it enough to take the risk because I also understood exactly what it meant. I gave myself a few years’ time and decided that if things didn’t look up by the end of it, I would go back to school. I would have known I had given it my best shot and that would have been enough for it. In the end, it’s your life and you should be happy with it. It doesn’t matter if people don’t support you now because once you make it, they will know you made the right decision. If you believe in yourself then go for it but don’t go in blindly, understand the risks first and have a backup plan in place.

I'd have loved to stay on 'GOT' longer: Diana Rigg

Veteran actor Diana Rigg has said she would have loved to stay on ‘Game of Thrones’ a little longer. The... Read More...