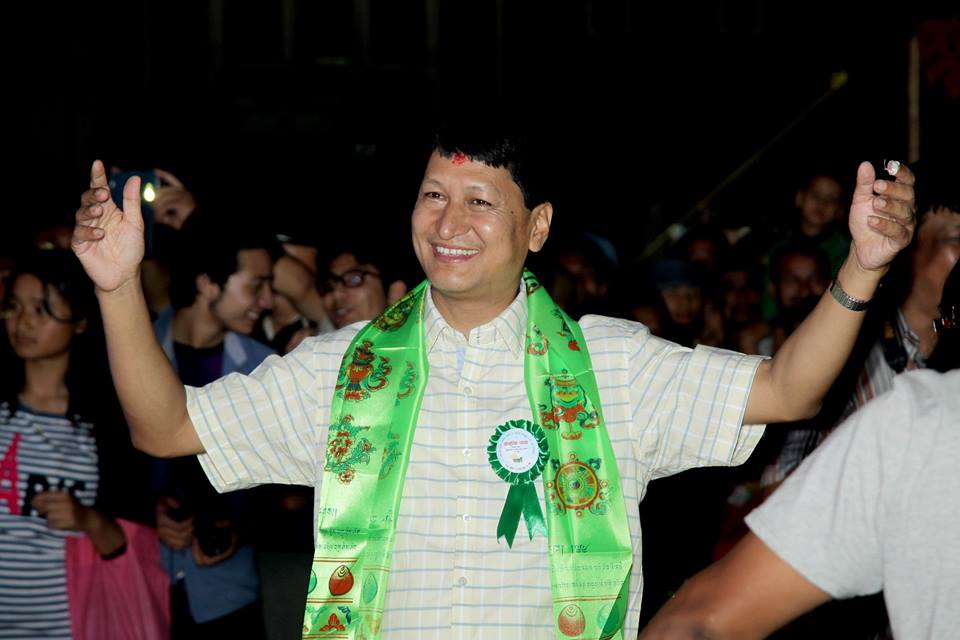 It has been nine months since Bidya Sundar Shakya was elected mayor of Kathmandu Metropolitan City in May, 2017. He had promised a lot to the voters during the election campaigns and he reiterated those promises by making public the list of 101 things to do within the first 100 days of assuming office. But nine months down the line, that list now looks like a bad joke on the people of this city. Moreover, mayor Shakya is nowhere to be seen. He almost seems immune from the daily barrage of criticism from the media and from the people of Kathmandu. The city’s roads are dusty, pollution levels are at all time high and the forever ongoing Melamchi project is leaving every street dirty, messed up and in poor shape. The public transportation in the city is getting worse, traffic is heavy round the clock. But then the mayor is nowhere to be seen.

The next four and half years is going to be an important time for the city. Reconstruction of important heritages like the Kathmandu Durbar Square and Dharahara should be completed and roads paved. Reconstruction of Ranipokhari and Kastamandap have to be expedited. The city flourishes on tourists coming from all over the world. News of bad roads, pollution, and cloggy traffic are not going to be helpful. Yet, mayor Shakya is deaf-tone to all these woes and spends time on inaugurations and conferences that will have no demonstrable impact to the urgent works of the city. Kathmandu has more than four million people living and the pressure on land, housing, water and a whole host of other resources is overwhelming. With the current infrastructure, the city won’t be livable in the next few years. Before we get to that stage, it is time for the city to wake up and start delivering on the promises. Not only the mayor and his office, but the federal government should also be actively involved in making Kathmandu the city it once was.

Besides distributing cell phones to ward chairpersons, the public is yet to learn of significant decision of mayor Shakya to improve the city. Sadly, mayor Shakya has become synonym of incompetence and the people across the country are now comparing their mayors to Shakya. This is not something Shakya wants other leaders to learn from him. If he is not able to function as mayor of the largest city in the country, then the responsibility must be handed to the deputy mayor. Something has to be done. The most important city cannot afford to lose next five years in doing nothing. We hope that mayor Shakya wakes up from his deep sleep and springs into action from today.

FLORENCE,August 14: The young man accused of plowing a car into a crowd of people protesting a white supremacist rally was... Read More...