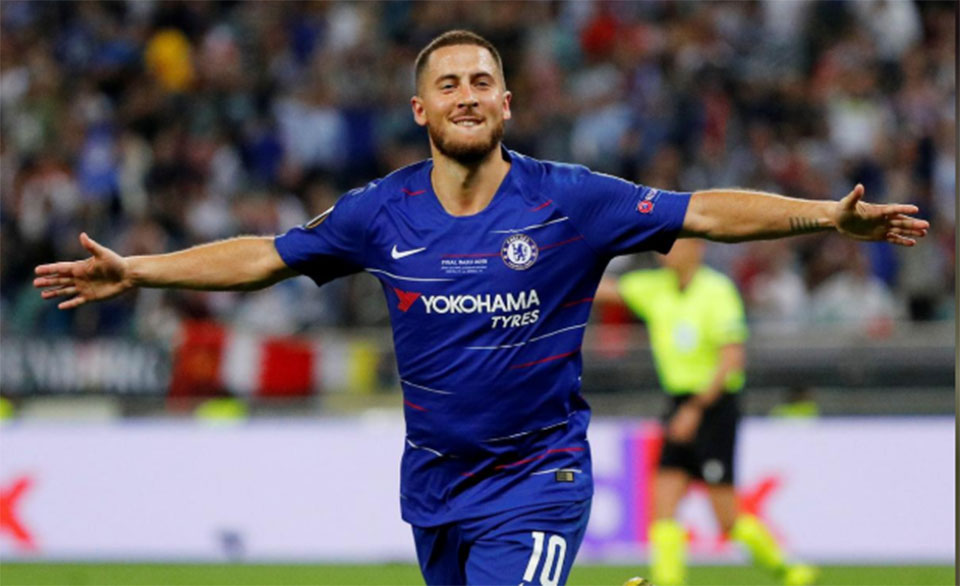 MADRID, June 8: Real Madrid ended their long pursuit of Eden Hazard on Friday when they agreed to sign the Belgium winger from Chelsea on a five-year contract for a reported 100 million euros (89 million pounds), making him their joint-record signing.

Real did not reveal the fee but Spanish media reports said it was the same price Madrid paid for Gareth Bale when he joined from Tottenham Hotspur in 2013, a staggering amount considering Hazard was set to become a free agent in June 2020.

“Real Madrid and Chelsea have agreed the transfer for the player Eden Hazard,” the Spanish club said in a statement.

The Belgian will be officially presented at the Santiago Bernabeu stadium next Thursday, subject to completing a medical.

Hazard, who becomes Chelsea’s most expensive sale, expressed his gratitude to a club where he has spent the last seven years while admitting he had always longed to play for Madrid.

“To my Chelsea friends and family: You now know that I will be joining Real Madrid. It’s no secret that it was my dream to play for them since I was a young boy just scoring my first goal,” Hazard wrote on his official Facebook account.

“I have tried my very best not to distract myself or the team through this difficult period of speculation and media attention, especially the last six months.”

Hazard’s transfer is the latest in a long run of ‘Galactico’ signings made by Real but he is also the first top class player to move to the club since Colombian James Rodriguez in 2014.

MADRID, Jan 3: Real Madrid’s joint-record signing Eden Hazard has no chance of returning from his ankle injury in time for... Read More...