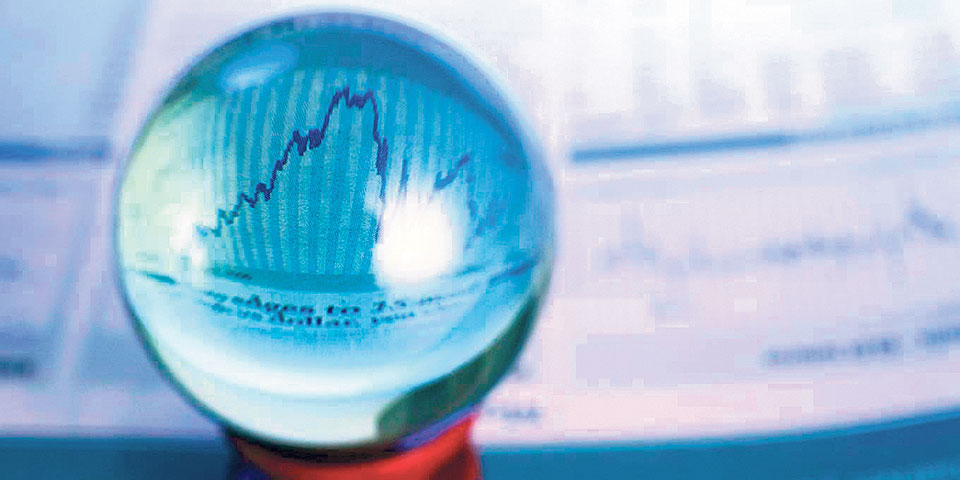 GDP growth this decade most likely will be lower than during the teens, barring a notable improvement in productivity in the West and China, or a sustained acceleration in India and the largest African economies

LONDON – At the start of a new decade, many commentators are understandably focused on the health of the global economy. GDP growth this decade most likely will be lower than during the teens, barring a notable improvement in productivity in the West and China, or a sustained acceleration in India and the largest African economies.

Until we have final fourth-quarter data for 2019, we won’t be able to calculate global GDP growth for the 2010-2019 decade. Still, it is likely to be around 3.5 percent per year, which is similar to the growth rate for the 2000s, and higher than the 3.3 percent growth of the 1980s and 1990s. That slightly stronger performance over the past two decades is due almost entirely to China, with India playing a modestly expanding role.

Average annual growth of 3.5 percent for 2010-2019 means that many countries fell short of their potential. In principle, global GDP could have increased by more than four percent, judging by the two key drivers of growth: the size of the workforce and productivity. In fact, the 2010s could have been the strongest decade of the first half of this century. But it didn’t turn out that way. The European Union endured a disappointing period of weakness, and Brazil and Russia each grew by much less than in the previous decade.

The prospects for the coming decades are not as strong. China’s labor-force growth is now peaking, and the populations of Japan, Germany, Italy, and other key countries are aging and in decline. True, some countries and regions that underperformed in the teens could now catch up; but much will depend on the realization of several positive developments.

For example, given the EU’s demographics, it would take a significant improvement in productivity to boost the rate of GDP growth. More expansionary fiscal policies in many countries—including, possibly, Germany—could produce a temporary acceleration this year and perhaps through 2021. But it is hard to see how a stimulus-driven expansion could be sustained much beyond that point. Europeans can talk all they want about “structural reform.” But without effective productivity-enhancing measures, the EU’s growth potential will remain in decline.

As for Brazil and Russia, it would be highly disappointing if both countries were to register the same weak growth of the past decade. Yet, to get from around one percent annual growth to 3.5-4 percent annual growth would probably require another commodity-price boom, in addition to major productivity enhancements. Given that both countries tend to eschew reform whenever commodity prices are booming—a classic symptom of the “commodities curse”—it is doubtful that either will reach its potential this decade (though, if one had to bet, Brazil has a better chance than Russia).

In China, a further deceleration in trend GDP growth is highly likely, owing to demographic realities. When I offered my earlier assessment of the BRICs (Brazil, Russia, India, and China) at the start of this century, it was already clear that by the end of the 2010s, China would be feeling the growth-constraining effects of a peaking workforce. Accordingly, I estimated that its real (inflation-adjusted) annual GDP growth in the 2020s would be around 4.5-5.5 percent. To achieve growth above that range would require a significant increase in productivity. In light of China’s investments in technology and shift to more domestic consumption, productivity certainly could improve. But whether that will be enough to overcome China’s other well-known challenges remains to be seen.

For its part, the United Kingdom could achieve stronger growth this decade, but it could also suffer a slowdown, depending on how it deals with Brexit and its aftermath. In any case, the country’s influence on global GDP is likely to be modest.

Then there is the United States, where annual growth potential appears to be just over two percent. Without more fiscal stimulus and an indefinite continuation of ultra-easy monetary policies, it is difficult to see how the US could exceed this rate. Moreover, it has been more than a decade since the US experienced a recession. Were that to happen in the months or years ahead, the US would have an even smaller chance of reaching its growth potential for the 2020s.

Last but not least are the still-smaller economies with enormous growth potential. While countries such as Indonesia (and perhaps Mexico and Turkey) are becoming more relevant in an assessment of global GDP, it is India that promises to have the largest influence in the 2020s and beyond. The country’s demographics will remain in an economic sweet spot for at least another decade.

Were the Indian government to adopt the right mix of growth-enhancing reforms, it could easily achieve annual growth in the range of 8-10 percent. And, because India is already close to being the world’s fifth-largest economy, that would have a significant influence on global GDP growth. The problem, of course, is that the current government has shown no indication that it will pursue positive reforms. On the contrary, it has launched a debilitating new culture war.

That leaves Africa. As matters stand, no African economy is large enough to influence global GDP on its own. But, as a region, Africa’s GDP is close to that of India, which means that if enough of its major economies can achieve strong growth, the effects will be felt more broadly. The rise of Africa seems both desirable and inevitable to me. Whether the continent can drive global GDP growth will be a key question for the coming decade.

Brexit day of reckoning: parliament to vote on Johnson's deal

Fed unlikely to respond to bond market calls for rate cuts, yet

The U.S. Treasury market has diverged from the Federal Reserve in painting a bleak picture of future U.S. economic growth... Read More...