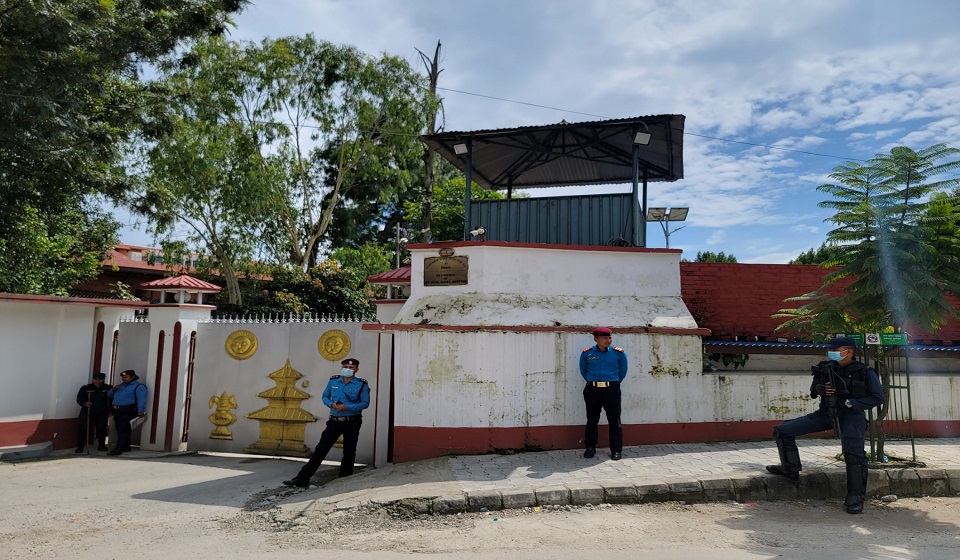 With the news that suspended Chief Justice Rana has sent a notice to the Supreme Court that he is going to return to regular work without the completion of the impeachment proceedings against him, a large number of security personnel have also been deployed to prevent him from entering the Supreme Court.

On February 13 this year, 98 MPs filed an impeachment motion against Rana. Sub-section (6) of Article 101 of the Constitution and Sub-Rule 9 of Rule 161 of the House of Representatives Rules 2075 provide that the Chief Justice shall not be able to perform his duties after the impeachment proceedings have commenced.

The suspended Chief Justice Cholendra SJB Rana has said that the impeachment motion filed against him in parliament had already... Read More...

KATHMANDU, Nov 1: Lawyers have staged a protest for the second day inside the premises of the Supreme Court again... Read More...