Harvey Weinstein due back in court in sex assault case 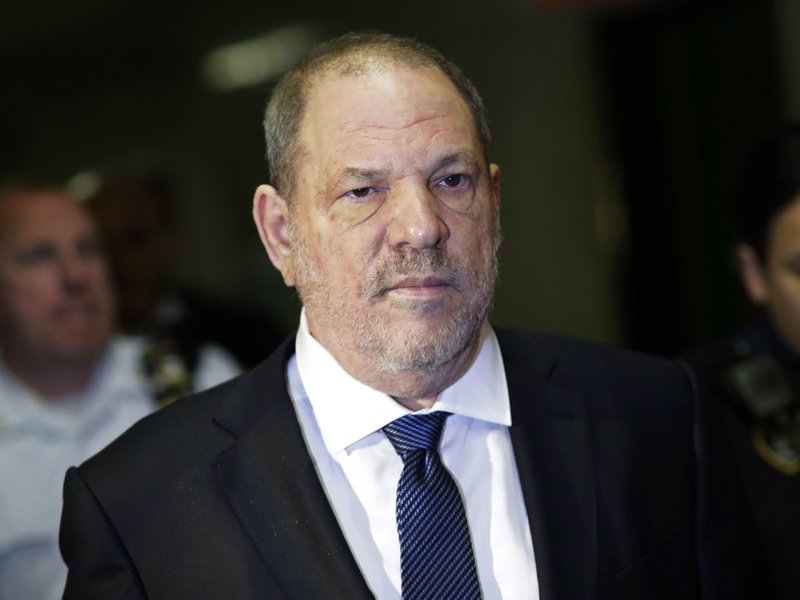 NEW YORK, Aug 26: Movie mogul Harvey Weinstein is due back in court on Monday to face a new indictment that prosecutors say would open the door for an actress to testify against him in his sexual assault case.

Prosecutors say Weinstein will appear in state court in Manhattan, where he’s expected to enter a not guilty plea. He has previously pleaded not guilty to charges accusing him of raping a woman in 2013 and performing a forcible sex act on a different woman in 2006.

The new indictment against Weinstein hasn’t been made public. But in court papers, prosecutors said it was needed to bring evidence involving Annabella Sciorra, best known for her work on “The Sopranos.” She says Weinstein raped her inside her Manhattan apartment after she starred in a film for his movie studio in 1993.

Weinstein, 67, who’s free on $1 million bail, has denied all accusations of non-consensual sex.

Prosecutors can’t charge Weinstein with the alleged attack on Sciorra because the accusation dates to 13 years before New York eliminated its statute of limitations for rape cases in 2006. But in court papers filed this month, they told the judge the indictment will give them a legal foundation to call the actress as a witness to strengthen the predatory sexual assault charge against Weinstein.

The Associated Press generally does not name people who say they are victims of sexual assault, but Sciorra went public with her story in a story in The New Yorker in October 2017.

Court papers filed by the defense called the attempt to make Sciorra a prosecution witness an “11th-hour maneuver” that “raises significant legal issues” that could delay the trial by several weeks.

Separately, defense attorneys are asking appeals court to move the trial case out of New York City because a “circus-like atmosphere” there fueled by news reports and social media posts. A decision on the request could come as early as Monday.

Former Hollywood producer Harvey Weinstein was in good spirits on Tuesday, as he accepted visitors while under police guard at... Read More...

NEW YORK, July 11: With one lawyer bolting amid public backlash and another saying he and his client just couldn’t get... Read More...

Juggling between work and family life, working parents play the double role even in this time of pandemic
24 minutes ago
Entrepreneurs set various preconditions to resume public transportation
47 minutes ago