Happiness in seeing a plane

KATHMANDU, July 17: He was always amazed by the sight of planes that soar like eagles in the sky. Eighty-two years old Khewa limbu found his flying experience to be a special one when he finally had a chance to sit inside an airplane and fly to Kathmandu along with his 81-year-old wife Setimaya Limbu to meet their daughter in Gothatar in the capital. Following their first flight experience in a steel bird, the old couple love to watch planes as they fly by every now and then.

"We have a flight scheduled for July 19 to return home," Limbu said with excitement in his eyes. "I get happy everytime I see one," he added.

Talking to Republica, Limbu shared his past journeys, when he used to walk to Kathmandu for days and nights with loads on his back.

However, his journey from home to Kathmandu on an airplane did not even take as long as he had expected. The memory of stepping onto the tarmac in Kathmandu from Biratnagar is an unforgettable experience, he said. 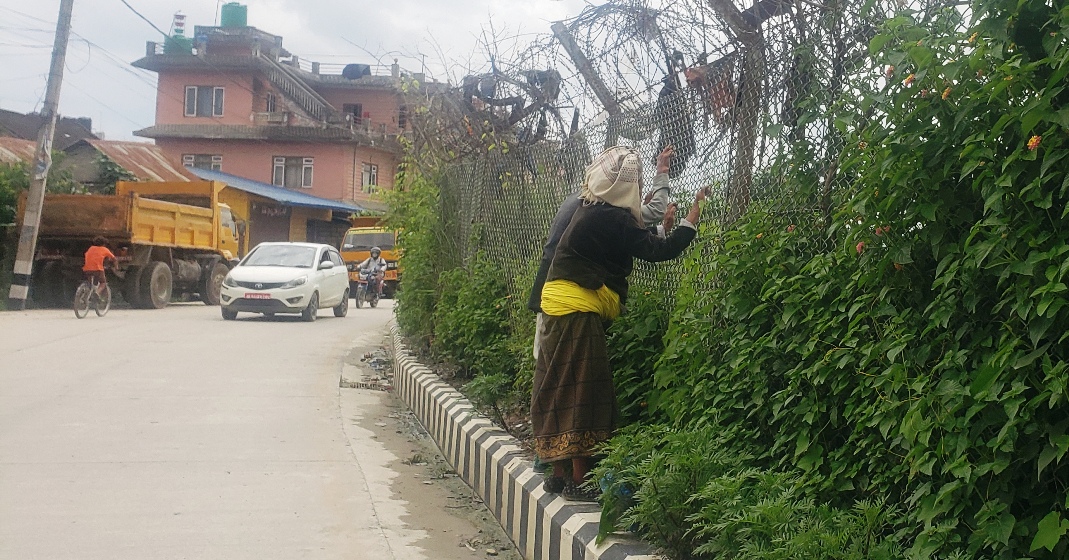 The old couple had no other choice but to book an airline ticket to Kathmandu following the prohibitory orders imposed to curb the second wave of COVID-19.

They had no other choice but to take a flight to Kathmandu as long distance vehicles were banned by the government. "We have taken a bus countless times to get home. This time we are returning via an airplane," he said and watched on.

An intra-party dispute which surfaced this week in the Karnali Provincial Committee of the ruling Nepal Communist Party (NCP), seeking... Read More...

The government has urged people in Kathmandu Valley to be extra-cautious as the Valley is witnessing the alarming rise in... Read More...

KATHMANDU, Sept 25: As many as 645 more cases of the coronavirus disease (COVID-19) were reported in the Kathmandu Valley... Read More...