BAITADI, Aug 13: A recent landslide at Mallodhole, Surnaya Rural Municipality-8,  has created huge risks for the entire village. A total of six households were displaced with 25 houses affected by the landslide that occurred last month. A road that was built with the help of an excavator without a geological study invited the disaster in the area.

The road that was dug from Dholyamod to the ward office has created landslide risks in the village. According to a local, Prem Bahadur Bohora, the village is highly prone to the risks of frequent landslides. “Many households have been displaced due to the recent landslide. One of the houses was severely damaged while five other families are compelled to seek refuge at their neighbors' homes,” said Bohora.

Another local, Amar Singh Bohora, stated that the disaster was an outcome of the negligence shown while digging the road recklessly. Although the locals had requested to open routes from other places, the routes were carelessly opened using an excavator making it eventually prone to landslides.

Last year, the roads from Dholyamod to Surnaya Rural Municipality-8 office were dug with an investment of Rs 9.5 million. Likewise, many local units in the district face huge risks of landslides due to haphazard road digging. The roads dug in Dogdakedar Rural municipality-1 and Khochlek-Malladhik-Sittad stretches are likely to invite huge landslide risks for the locals.

Likewise, six houses at Bhulgau also face huge landslide risks as informed by ward chairperson Dhwaja Bahadur Karki. He further said that the road constructed without proper plans and maintaining the standard has led to such dire consequences.

There is very high risk of landslides in Thalagau, Okhalbata, Setigau, Saugau of Gokuleshwar-Dilasaini stretch. One of the locals of the area, Hari Dutta Joshi, said that houses in the area have been facing disaster risks for the past six years. “The locals have become victims of haphazard road digging,” said Joshi.

“Destruction is what we are facing in the name of construction here. Such negligence has cost us our lives. Not only has it invited disaster risks but it has also destructed our farmland and agriculture. Living in the disaster-prone areas has completely disrupted our way of living,” added Joshi.

GORKHA, Sept 28: Police on Tuesday recovered the body of a girl who went missing following the landslide in Kerauja-Uhidya... Read More...

Downsides of development
9 hours ago 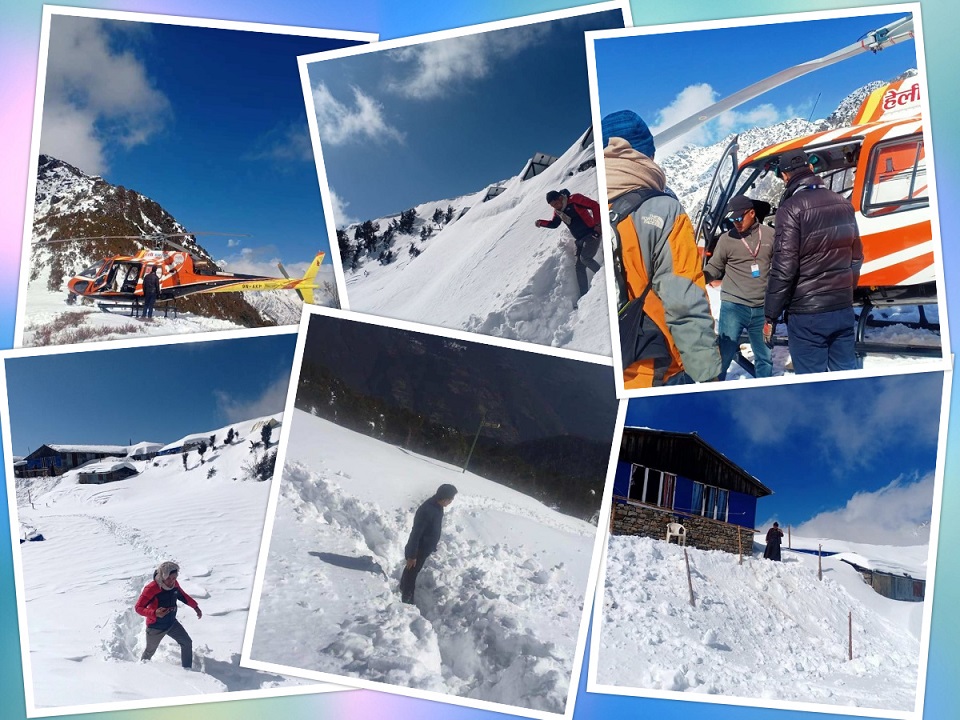