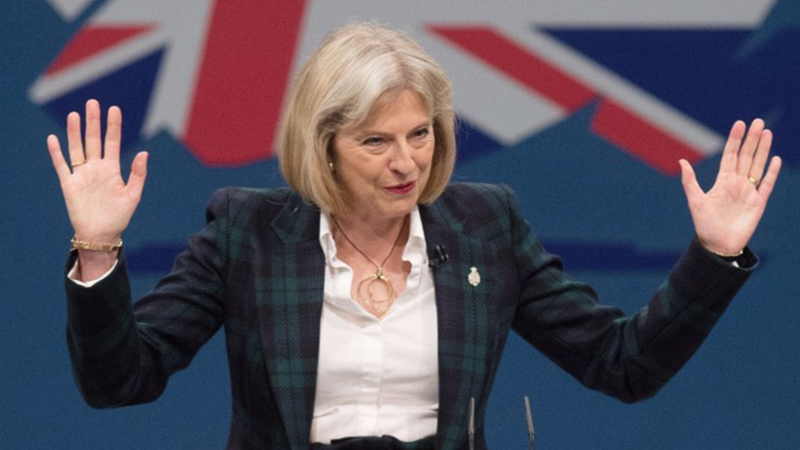 Maybe it is not the politicians alone who are mad in Britain. Perhaps many voters are too.

LONDON: If you were a Briton who had been stuck in Antarctica for the past year and a half, you might be forgiven for wishing you had stayed put. The decisions taken during your absence by British politicians, especially the leaders of the Conservative Party, have called into question your country’s future. The United Kingdom seems to have lost its grip on sanity. But the madness can be reversed.

First, recall that in the May 2015 general election, the Conservatives won an outright parliamentary majority, having previously been in a (surprisingly successful) coalition with the Liberal Democrats since 2010. The Tories clearly didn’t expect their comprehensive victory, and some argue that it was the party’s promise to hold a referendum on European Union membership that made it possible.

I am dubious of that claim. But the salient fact is that by early spring 2016, with the Brexit referendum just three months away, Whitehall and the government had, in essence, lost all sway over policy. I know because I was part of that government, serving as a Treasury minister.

After the “Leave” camp won the referendum, the Conservative Party, split over withdrawal from the EU, responded with a change in leadership from David Cameron to Theresa May and a significant shift in focus for May’s new government. But the Tories still had little sway over policy, because May and her overweening advisers spent most of her time telling the cabinet how things were going to go.

This culminated in May’s disastrous decision to seek a bigger majority. The snap general election she called in April, when the Tories were 20 points ahead in opinion polls, has now left the United Kingdom with a minority government.

But maybe it is not the politicians alone who are mad. Perhaps many voters are, too.
Consider young voters, who in the recent election appear to have gone to the polls in droves, giving huge support to Labour’s far-left leader, Jeremy Corbyn. If young people had participated in the Brexit referendum in similar numbers, the UK would have voted “Remain.” Today’s uncertainty, magnified by signs that the UK economy’s positive momentum is waning, would remain the stuff of nightmares.

So how can this self-destruction be stopped?

For starters, assume that the Conservative Party remains petrified about choosing a new leader or holding another general election. To avoid both, the Tories will need to get past their paranoia and make their next government—possibly involving a formal agreement with Northern Ireland’s Democratic Unionist Party—a sustainable arrangement. That will require greater flexibility and inclusiveness on key policy issues.

On Brexit, for example, while the most vehement Leavers and Remainers will stick to their strong bias, it seems pretty clear that the electorate does not want to bear any economic and social pain. So one clear conclusion of the recent vote is that May will have to consider some “softer” form of Brexit than she was previously willing to countenance. Instead of worrying about whether Parliament will pass future bills related to the UK’s withdrawal from the EU, why not head off impasses by bringing in some Labour figures—and others—as part of a broadened Brexit negotiating team?

Many are now eagerly offering their views as to whether the UK should look again at the “Norway model” of relations with the EU, or some other scheme that maintains UK participation in the single market. Whatever the option, it is now clear that Britain needs a policy that can command broad and genuine support.

A second change for the better would, I hope, be less controversial: reducing the power bestowed in the UK on non-elected Special Advisers, or SPADs, who have become dominant figures in all government departments. During my 17-month experience as a minister, I became convinced that the SPADs’ excessive power—and haughty approach—undermines the UK’s excellent civil service, as well as elected and appointed ministers. May’s two leading SPADs, Fiona Hill and Nick Timothy, took this danger to worrying levels. They have now paid the price, with May sacking them at the demand of her party.

SPADs certainly have a role to play, but not the exalted one they too often abuse.
Third, the UK needs to put today’s political drama into perspective, and get on with policymaking, including in areas that have nothing to do with Brexit. The Northern Powerhouse, designed to revitalize the UK’s economically neglected north, which has shown early signs of success (the Northwest, for example, has been outperforming the rest of the country economically for the past 12-15 months), needs more support from government.

Intergenerational inequality also needs to be addressed. Young people need greater access to a useful and affordable post-secondary education, as well as the chance to afford their own homes. If their demands are not properly represented, they might turn away from voting in the future—and toward less constructive forms of protest. The UK needs to be far more serious about skills training, embedding it in the country’s educational DNA in the way that apprenticeships are embedded in Germany’s. More generally, the best way to serve today’s young people is to make higher productivity a national priority.

But for any of this to happen, May needs to use the fear of a leadership battle within the Conservative Party, and the party’s dread of anther general election, to get ahead of the coming challenges. After two years of government fecklessness, Britain deserves better.

MOSCOW, Mar 15: Russia said on Thursday it would retaliate very soon for Britain’s expulsion of 23 diplomats as Moscow... Read More...

KATHMANDU, Dec 30: A team from Confederation of Nepalese Industries (CNI) has met with Baroness Verma, a member of the House... Read More...

KATHMANDU, May 9: A British of Nepali origin is set to file candidacy for the snap parliamentary election in UK. Read More...