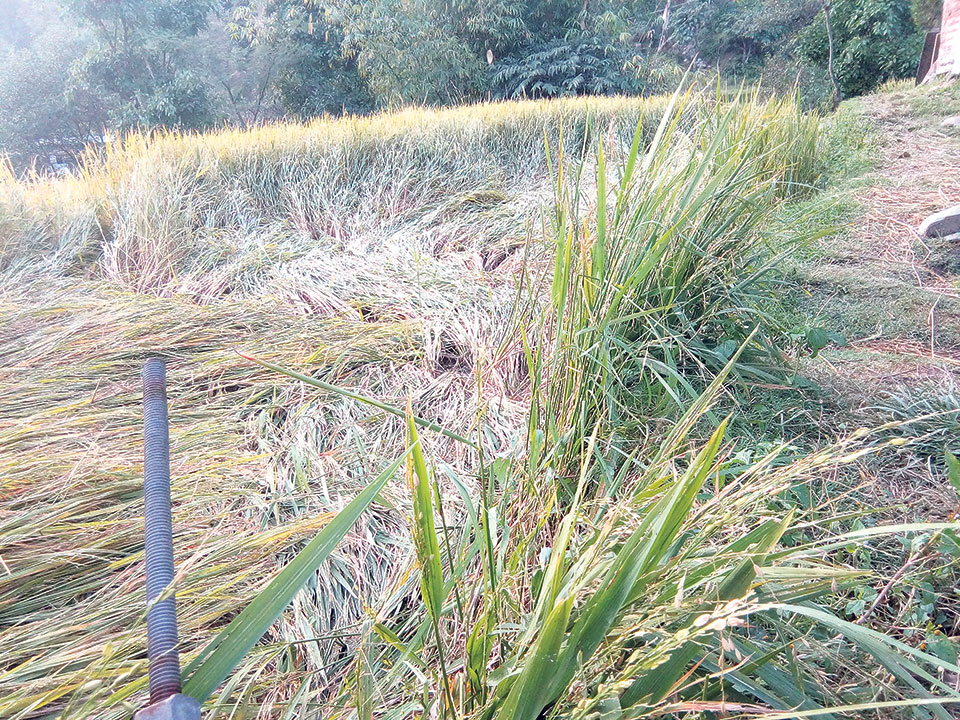 NUWAKOT, Nov 4: Paddy and vegetable farms belonging to 1,800 households in Nuwakot district have been damaged by last week's hailstones, according to a report of District Agricultural Development Office (DADO), Nuwakot.

“Damages worth Rs 30.5 million in paddy, vegetable, orange, potato, millet, and lapsi farms have been reported,” said Gaire: “The hailstone-affected farms in the district will yield only about 50 to 70 percent paddy of the total plantation this year.”

“We are collecting data about the damages from hailstones in the district. The southern plains have recently been hit by a massive flood. So there are doubts about provision of proper compensation to the farmers,” Gaire told Republica.

According to Gaire, as soon as the collection of data is complete, the details about the impact of hailstones will be sent to Natural Disaster Relief Committee of the district.

“Farmers interested in commercial farming should insure their crop. The government provides up to 75 percent relief in crops insurance package if the crops are damaged by any natural disasters,” Gaire further added.

BHAKTAPUR, Oct 30: Heavy rain and hailstones on Sunday night have damaged ready-to-harvest paddy as well as other crops in Bhaktapur. Read More...

BAGLUNG, September 3: For the residents of the western part of Baglung, the Budhathok Small Hydropower Project has been turning into... Read More...

India to resume export of Covishield vaccines from next month, neighboring countries to get first priority
1 hour ago

Gold price drops by Rs 200 per tola
6 hours ago