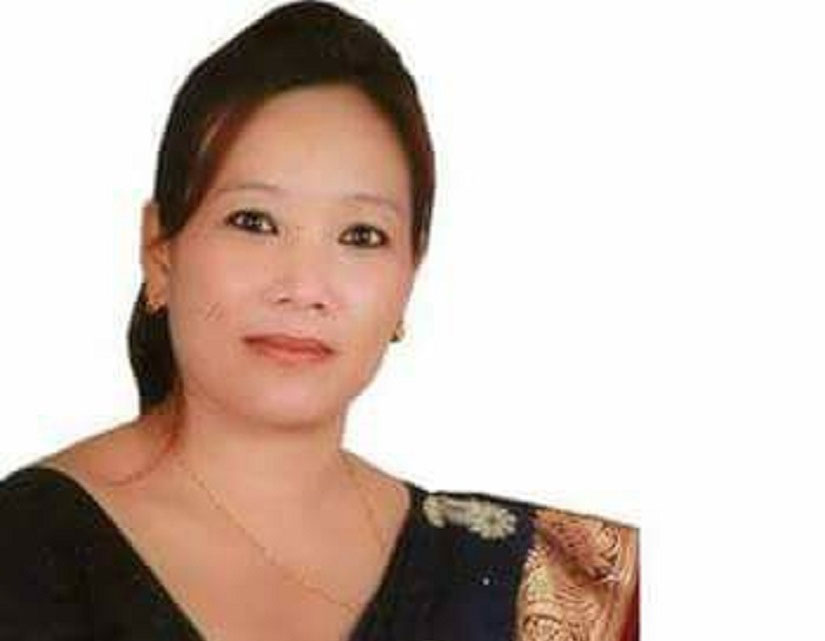 TEHRATHUM, Nov 7: With the second phase of elections to the House of Representatives and State Assemblies just around the corner, election fever has gripped Tehrathum, a district of the Province-1 in eastern Nepal.

Teharathum is holding both the elections on December 7 in the second round as other 44 districts in the country.

When political parties mainly of those big ones have been criticized for failing or not feeling necessary to give a due space to women in the registration of candidacies, Sita Gurung, the sitting Minister of State for Physical Infrastructure and Transport, is the sole female candidate from her hometown contesting the House of Representatives elections. A total of 11 political parties -big and small- in the district have registered their nominations for the elections.

Minister of State Gurung, who was the member in both the Constituent Assembly (CA) under the Proportional Representation quota representing the Nepali Congress (NC), chose to race for the member to the House of Representatives in the December 7 election under the first-past-the-post (FPTP) system.

No other political parties in the district except the NC, though not sufficient, believed the strength of woman candidacy in the federal election.

CPN-UML former lawmaker Bishnumaya BK complained that though her name was proposed from the district level to the center as a FPTP candidate for the election to the federal legislature, the party leadership did not feel it necessary to give her an opportunity to try her fate. No name of women leaders contributing to the party as full time in the district was taken much seriously while making the recommendations for the ticket allocation, she added.

When we analyze the data about women candidacy across the country, women's participation is meager. In view of Minister of State Gurung, this is an outcome of the deeply rooted patriarchal mindset that has dominated the Nepali society since centuries. "Women's competency and role is underrated by political parties while allocating the tickets for both the elections."

Women's participation in the legislature would be almost zero provided that their certain seats in the PR list were not secured, she added. Gurung, who is a popular face in the district, has a strong hold in the party central working committee. She recalled the moment when she was asked to secure her seat in the PR list by some people even after the unanimous decision at the district level to recommend her name for the House of Representatives election. Her determination to racing for the central election as the FPTP candidate is meant for inspiring the future generation mainly women to have the courage to seek their effective and meaningful space in every area including the politics.

She urged women not to restrict themselves inside four walls, adding that through the upcoming election she wanted to prove that women were no less capable than men in every field. "I am a woman and I strongly believe that I should not limit my identity just as a woman who is supposed to enhance her skills only in private sphere," she said in her bold voice.

Gurung, active in the NC since her student life, is now the central committee member of the party. She had already served as the president of Nepal Women Association, Tehrathum.

She is the first leader from the district to serve as the state minister since 2015 BS. She is the strong candidate from the NC in the district and there are 10 male candidates including outgoing lawmaker from the leftist alliance, Bhawani Prasad Khapung contesting the House of Representatives elections.

BHIMDUTTANAGAR, Oct 5: Leading political figures from the Farwest Region who are active in national politics have been recommended by... Read More...

No election if federal delineation is ignored : Yadav