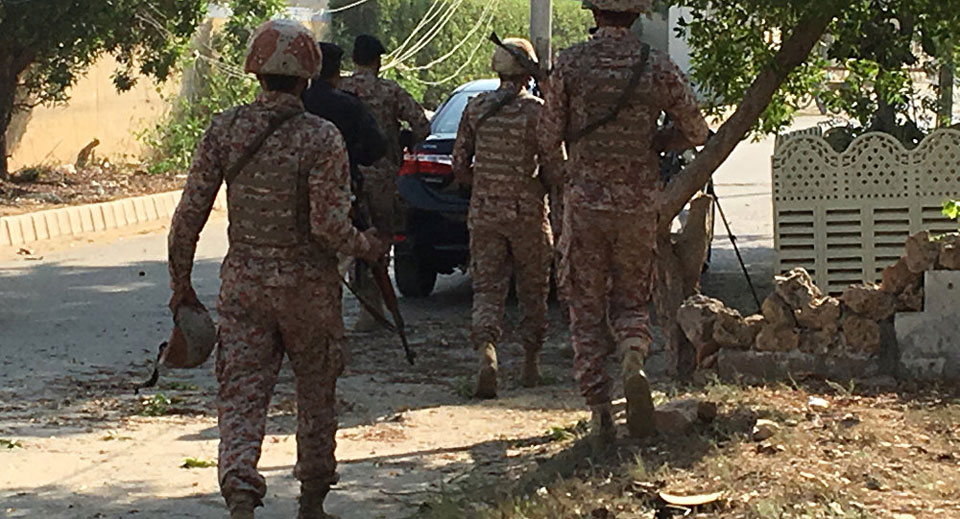 KARACHI, Pakistan, Nov 23: Three gunmen stormed the Chinese Consulate in Pakistan’s southern port city of Karachi on Friday, triggering an intense, hour-long shootout during which two police officers and all the assailants were killed, officials said.

All the Chinese diplomats and staff at the consulate were safe and were not harmed during the assault or the shootout, said senior police official Ameer Ahmad Sheikh.

The Baluch Liberation Army, a separatist group based in the southwestern province of Baluchistan, claimed responsibility for the attack and released photos of the three attackers. Karachi, the capital of neighboring Sindh province, has a militant presence, including Baluch separatists. 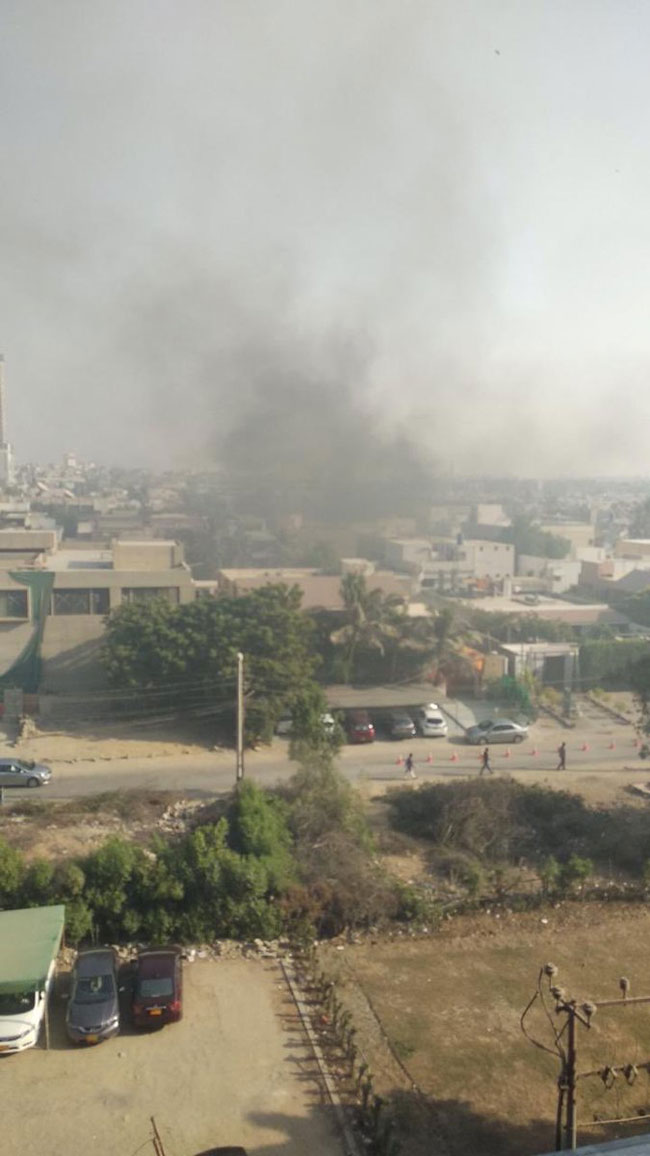 The attackers stormed the consulate shortly after 9 a.m., during business hours. They first opened fire at consulate guards and then managed to breach the main gate and enter the building, said Mohammad Ashfaq, a local police chief.

Pakistani security forces quickly surrounded the area. Local TV broadcast images showing smoke rising from the building, which also serves as the residence of Chinese diplomats and other staff.

Multiple blasts were heard soon afterward but Sheikh could not say what they were. After the shootout, which lasted for about an hour, the situation as brought under control.

“Because of a quick response of the guards and police, the terrorists could not” reach the Chinese diplomats, Sheikh said after the fighting ended. “We have completed the operation, and a search is still underway to trace and capture all suspects.”

Sheikh said one of the attackers was wearing a suicide vest. Authorities will try and identify the assailants through fingerprints.

Dr Seemi Jamali, a spokeswoman at the Jinnah Hospital, said the bodies of two police officers were brought to the hospital morgue while one of the consulate guards who was wounded, is under treatment.

China is a longtime ally and has invested heavily in transport projects in Pakistan. The two countries have strengthened ties in recent years and China is currently building a network of roads and power plants under a project known as the China-Pakistan Economic Corridor, or CPEC.

KATHMANDU, Sept 21: The Federation of Nepali Journalists (FNJ) has said its attention was drawn seriously towards manhandling and taking... Read More...

PARIS, July 2: UEFA has agreed to a request by the Italian soccer federation for its players to wear black... Read More...