Gunman injures nine in Canadian city before shooting himself dead 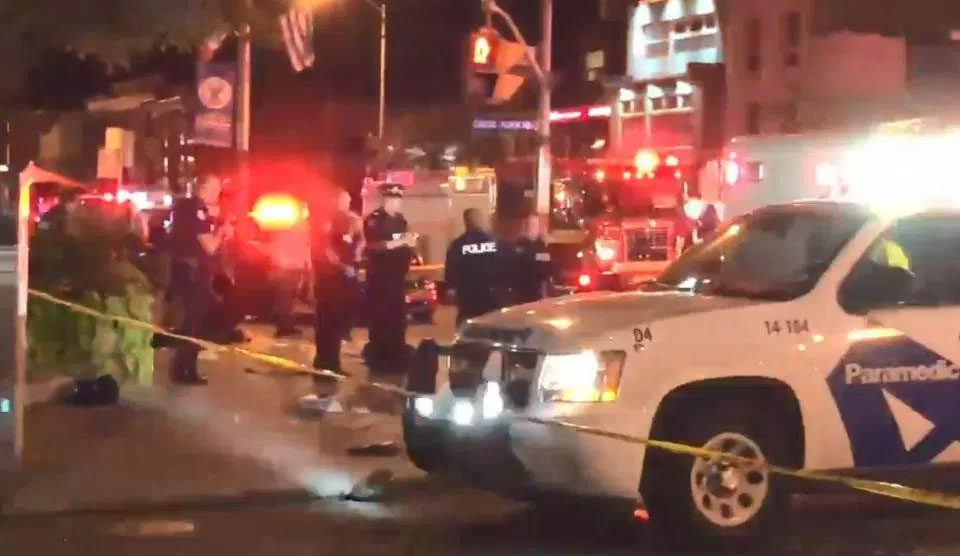 TORONTO, July 23: A gunman ‘dressed in black’ injured at least nine people in a mass shooting on the streets of Toronto in Canada before shooting himself dead.

The man "dressed in black" opened fire in the Greektown area of Danforth outside busy restaurants, injuring multiple people including a young girl.

Their condition is unknown, but there are reports of fatalities.

Emergency crews were dispatched to near Christina’s restaurant on Danforth Ave shortly before 10.20 pm (local time).

Reports on social media say a man dressed in black fired up to 20 gunshots.

Paramedics are treating victims for gunshot wounds, whole others have been transferred to hospital.

“My evening was nice until I heard shooting right out of my place on the Danforth. So scary!! The gun violence in Toronto is crazy,” said a local.

BEIJING, Nov 26: An explosion in a port city south of Shanghai on Sunday killed two people and injured at... Read More...

ORLANDO, Fla., June  13: The City of Orlando has released names and ages of victims of the nightclub shooting whose... Read More...