Gulf nations may let some Qataris stay amid diplomatic rift 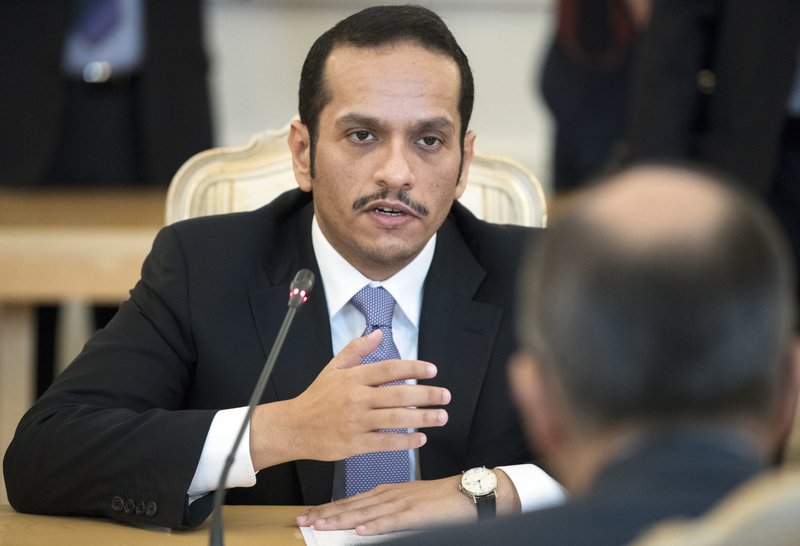 DOHA, June 11: Bahrain, Saudi Arabia and the United Arab Emirates signaled Sunday they may allow some Qataris to stay in their countries amid a diplomatic rift with the Gulf nation.

Qatar meanwhile pledged those nations’ citizens will have “complete freedom” to stay in the energy-rich country.

The three Gulf nations cut ties to Qatar on June 5 over its alleged support of militants and ties to Iran and ordered all Qataris out within 14 days, while calling their own citizens back. That’s created chaos across the Sunni Gulf nations, whose citizens regularly intermarry and conduct business across countries sharing long historic and cultural bonds.

Early Sunday, the three countries all issued statements urging mixed nationality families to call their respective interior ministries, which would take into consideration the “humanitarian circumstances” of their situation.

For its part, Qatar issued an overnight statement saying residents living in the country from nations that severed ties would have “complete freedom” to stay despite the “hostile and tendentious campaigns” now targeting it.

“The state of Qatar, in accordance to its firm beliefs and principles, works on avoiding political conflicts with states and governments when dealing with their people,” the ministry said. “Those residents have the complete freedom in staying in the state of Qatar in accordance with the laws and regulations adopted by the state.”

The diplomatic crisis, the worst since the 1990 invasion of Kuwait by Iraq and the subsequent Gulf War, has seen Arab nations and others cut ties to Qatar, which hosts a major U.S. military base and will be the host of the 2022 FIFA World Cup. Doha is a major international travel hub, but flagship carrier Qatar Airways now flies increasingly over Iran and Turkey after being blocked elsewhere in the Middle East.

Kuwait’s ruling emir has shuttled between countries trying to mediate an end to the crisis. On Sunday, Kuwaiti Foreign Minister Sheikh Sabah Al Khaled Al Sabah said in a statement that Qatar is “willing to hold a dialogue” to end the crisis and that unity among Gulf nations remains “paramount.” So far, the nations involved have yet to hold face-to-face negotiations.

U.S. President Donald Trump has offered strong criticism of Qatar as Secretary of State Rex Tillerson has called for “no further escalation” in the crisis.