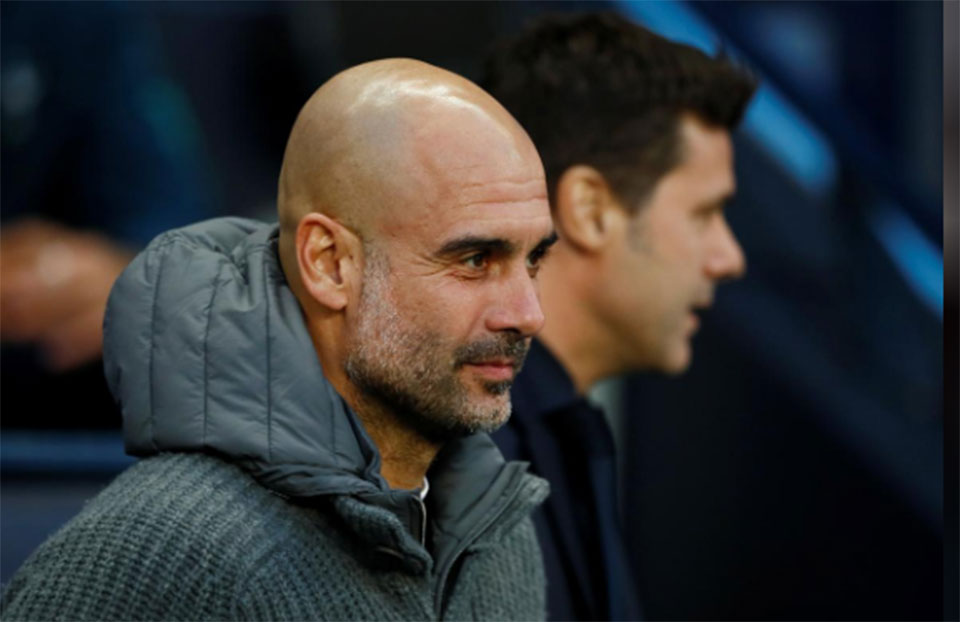 Manchester City boss Pep Guardiola said his players will not forget their painful Champions League loss to Tottenham Hotspur but expects them to show the same intensity when they face the north London club again in the Premier League on Saturday.

City’s quadruple bid ended when they went out of Europe on the away goals rule on Wednesday, despite winning 4-3 win at the Etihad Stadium, after the two-legged quarter-final tie finished 4-4 on aggregate.

Guardiola’s side thought a late goal from Raheem Sterling had earned them a place in the semi-finals but the effort was ruled out after a video assistant referee (VAR) review confirmed that Sergio Aguero was offside in the build-up.

“You believe it doesn’t hurt or I’ve forgotten it? I would say no,” Guardiola told reporters on Friday. “I don’t want the players to forget what they live.

“I don’t want to see my players saying it doesn’t matter. I want to see them react to the hurt.

“What we lived last Wednesday in terms of emotion, or just simple life, was incredible. We are fortunate, lucky to live it. More than 65,000 people enjoying the most exciting moment, and then in one second everybody is devastated.”

City are returning to domestic league action where they are two points behind leaders Liverpool, although Guardiola’s men have a game in hand and can seal back-to-back titles if they win their remaining five matches.

“I think the game against Spurs will be just as intense as the other day,” the Spanish coach added.

“We are going to attack in a more positional game but attacking against Spurs is not easy. They are an incredible, top team as you’ve seen in the last games, but we are going to try.”

Guardiola also dismissed the suggestion that missing out on the European semi-final with Ajax Amsterdam will help City in their bid to become the first team in a decade to defend the Premier League title.

“I would prefer to be in the semi-final of the Champions League,” Guardiola said.

“In November and December like Liverpool went out in the Carabao (League) Cup and FA Cup early that’s an advantage for rest, not now.”

Guardiola said he will assess the fitness of his squad in the training session later on Friday but added utility player Oleksandr Zinchenko has returned to training after recovering from a leg injury.

Man City back on top, Huddersfield go down

LONDON, March 31: Manchester City returned with a swagger from the international break on Saturday, resuming their quest for four... Read More...