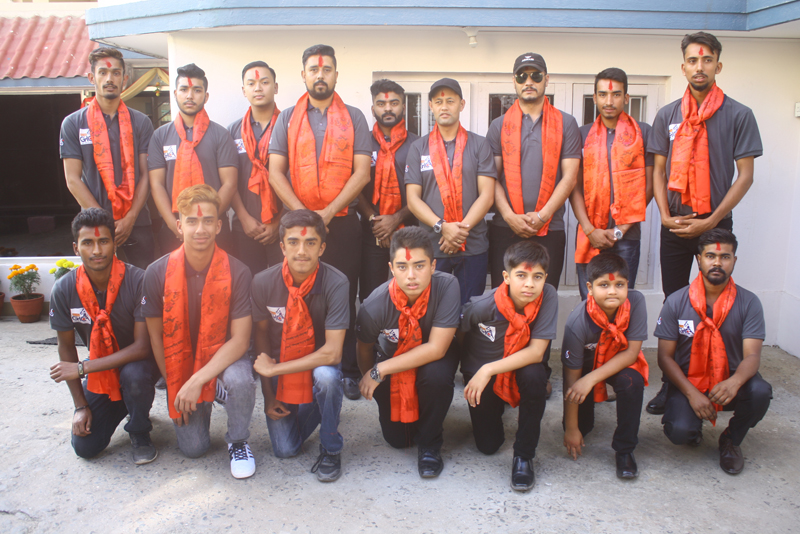 This is an under 18 level tournament organized by Bangladesh Institute of Sports. Six teams will participate in this tournament divided into two pools. Each team will play two matches in the league round.

In a program held today at Kathmandu, President of Madan Bhandari Sports Academy and Member of Parliament Binod Shrestha bid farewell to the team.

The support staff will be lead by GHCA President Sudeep Sharma (Coach) along with Suman Raj Karki (Manager) and Naresh KC ( Assistant Manager).

GHCA U-18 Squad for Dhaka Tour:

The Under-19 team of GHCA also went to the United Arab Emirates (UAE) for a bilateral series with Emirates Cricket Training Dubai last August.

The Bhimsengola based cricket academy also had previously visited India in 2015 and Bangladesh (2016 and 2017).