Grant provided for reconstruction should be spent in transparent manner: FM Khatiwada 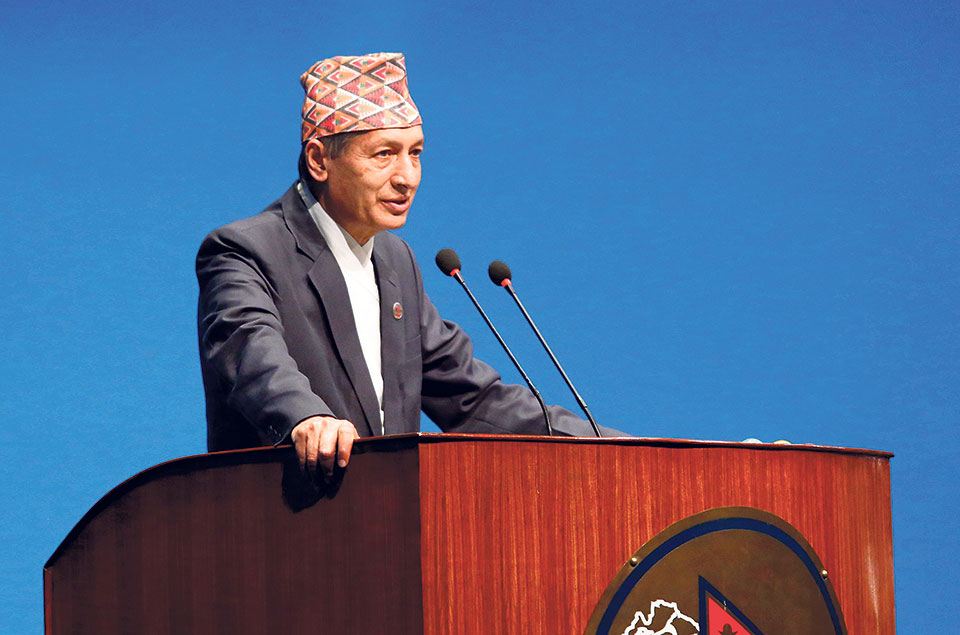 KATHMANDU, June 6: Minister for Finance, Dr Yubraj Khatiwada, has said that the grant provided to earthquake victims for reconstruction of private houses should be spent in a transparent manner as the grant was provided after taking loan from donors.

Inaugurating a seminar organized by National reconstruction Authority here today, Finance Minister Khatiwada said that the government has given first priority to reconstruction of private houses.

The Finance Minister added that the NRA was ready to resolve problems surfaced in course of reconstruction. He said that the Nepal Rastra Bank and NRA would make criteria to ease the process for concessional loan said to be given for reconstruction.

Similarly, Chief Executive Officer of NRA, Yuvraj Bhusal, said that out of 102,000 houses should be reconstructed in Kathmandu Valley, 10,000 have already been reconstructed and process began to construct other 25,000 houses.

He said, "Still 15,000 quake victims are remaining to sign an agreement for the reconstruction of houses. This programme is organized to solicit feedback from people's representatives to resolve problems surfaced in this regard."

Presenting a progress detail made so far in the reconstruction sector, NRA Spokesperson Krishna Prasad Dawadi and Joint-Spokesperson Manohar Ghimire said that a total of 161,000 houses have so far been reconstructed across the nation.

Mayors of Kageshwori Manohara and Dakshinkali municipalities—Krishna Hari Thapa and Mohan Basnet said that the real earthquake victims are still out of the list of beneficiaries.

KATHMANDU, April 3: Finance Minister Yubaraj Khatiwada has hinted that the nation is facing a critical phase in near future. ... Read More...

Reconstruction grant to be increased to Rs 300,000: PM