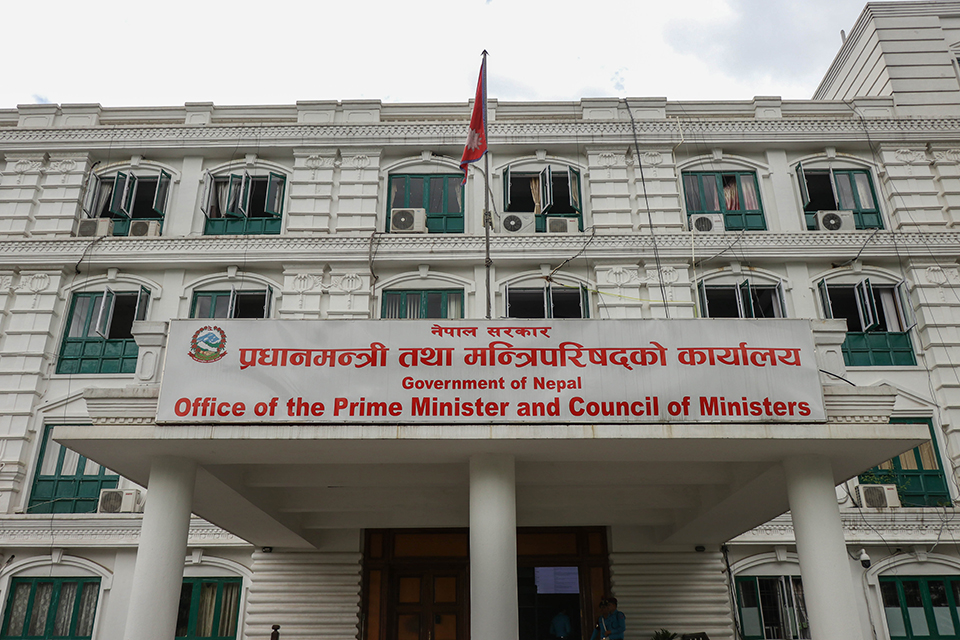 KATHMANDU, June 7: At a time when construction contractors are mounting pressure on the government against making any changes to the Public Procurement Act 2063 BS, the latter has expedited preparations to reduce the project mobilization fund to 10 percent.

After bagging a construction contract, the contractors are currently receiving 20 percent of the total contract amount as mobilization fund in advance.

The government's preparation comes amid complaints that the contractors often siphon off the 'mobilization fund' for investment elsewhere leaving the project in limbo for years.

The government move is aimed at removing the anomalies prevailing in the construction sector, according to the officials at the Office of Prime Minister and Council of Ministers.

A study by the Commission for the Investigation of Abuse of Authority (CIAA) on ailing contracts last year had shown that the government had released around Rs 24 billion in mobilization funds. But work progress of the projects concerned was dismal.

The CIAA study found that most of the contractors had siphoned off the mobilization fund elsewhere. Such dishonest contractors were also found making various excuses for delays in the projects and instead demanding compensation.

A draft bill to amend the Public Procurement Act has also proposed new provisions to protect the domestic industries besides reducing the mobilization fund ceiling. Among other things, it also seeks to amend some conflicting provisions in the Act.

Spokesperson at the OPMCM Binod Bahadur Kunwar said the amendment bill is still under discussion. “A draft of amendments prepared by the Public Procurement Monitoring Office has already reached us. We are currently discussing the draft with the stakeholders,” he said.

KATHMANDU, Mar 4: Various organizations working for the welfare of migrant workers have urged the government to ratify the International... Read More...