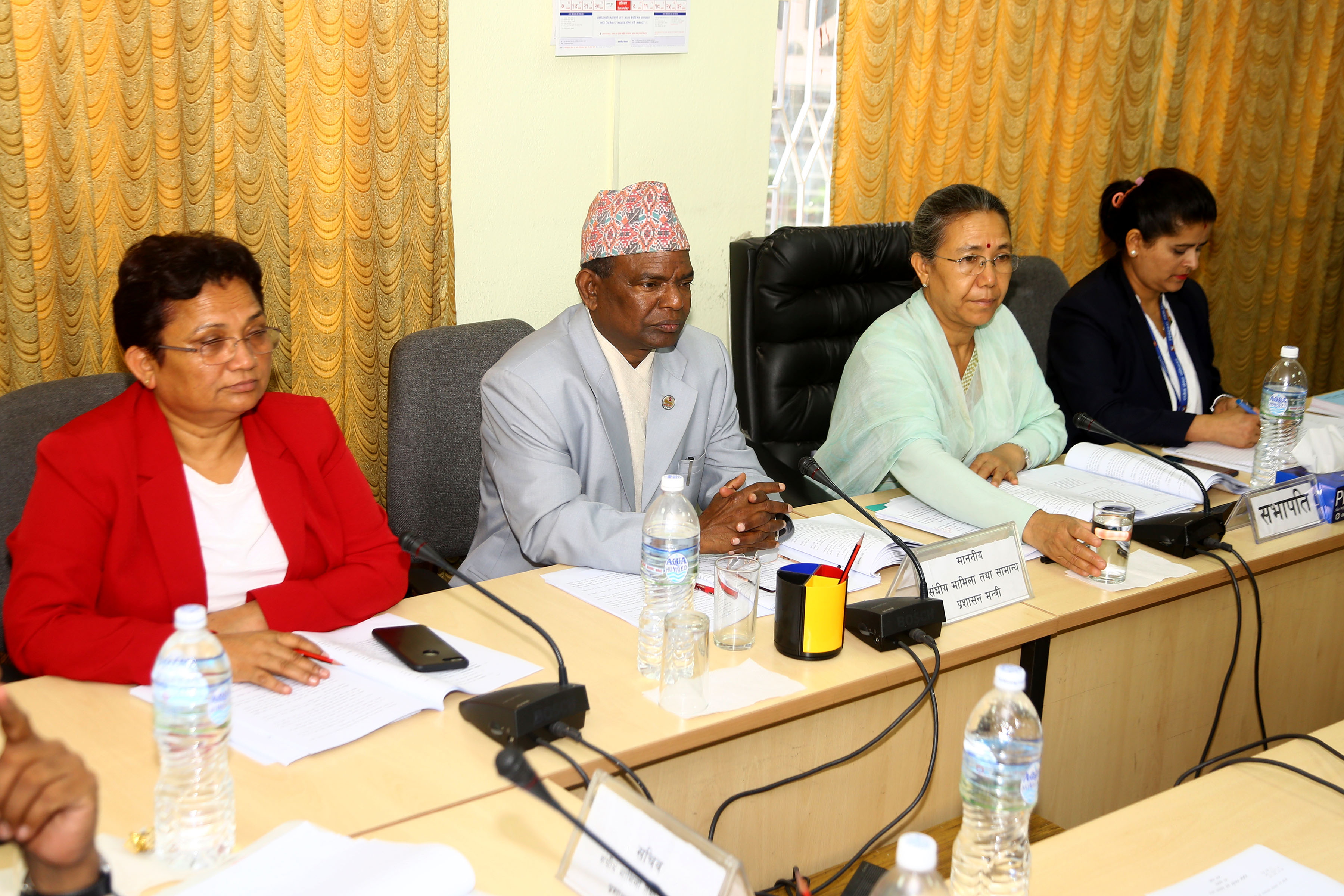 KATHMANDU, July 7: Minister for Federal Affairs and General Administration Lal Babu Pandit clarified that the latest vacancy announced by the Public Service Commission (PSC) for local units were in line with the spirit of the constitution, Acts, law, and PSC.

Responding to the queries raised by the parliamentarians at today's meeting of National Assembly that deliberated on various topics of the Appropriation Bill, Minister Pandit reiterated, "The vacancy is opened in compliance with the prevailing laws and constitution. The government will not backtrack from the inclusive proportionate system."

Stating that the Federal Civil Service Act was under deliberation in the State Affairs Committee, Pandit informed that the government had attached the highest priority to the programs aiming to bring Dalit, women, indigenous and Madheshi among other oppressed communities to the mainstream.

Sharing that homework had been forwarded to implement a reward and punishment system for civil employees, the Minister viewed that the civil servants adjustment process had been completed as per the Civil Servant Adjustment Act. According to him, the vacant positions in the local units will be filled through the PSC's vacancies. He reaffirmed his commitment to taking actions against those not implementing the Local Unit Operation Act properly.

Parliamentarian Ramesh Jung Rayamajhi expressed his qualm over Minister Pandit, stating that he had arbitrarily allocated budget for his constituency. Another parliamentarian Khim Kumar Bishwokarma bemoaned why the 'Programme for Targeted Communities' was scrapped. Ram Lakhan Chamar questioned the government on which basis the government had enlisted those communities residing in Terai as Dalit communities. Badri Prasad Pande and Binda Devi Rana demanded adequate budget for the construction of bridges and roads. The indigenous communities, marginalized and backward communities as Muslim, Dalit, Madheshi and people living with disability among others had expressed their reservation over the 9,161 vacancies announced by the PSC, reasoning they were aga