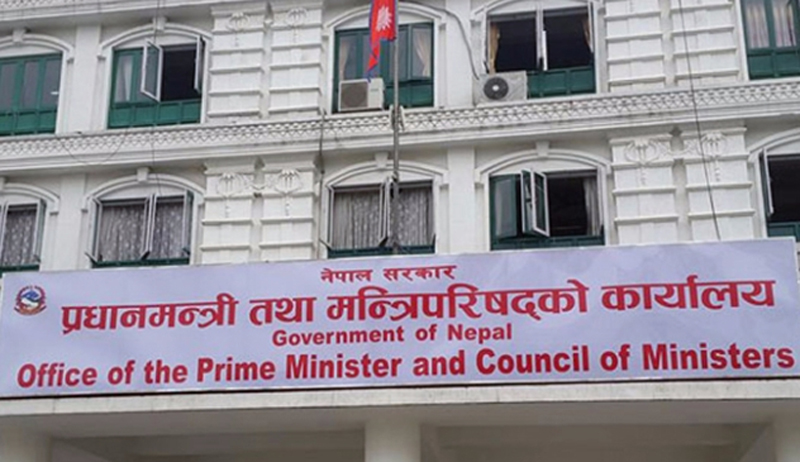 Speaking at a program organized to reveal the achievements of the government in its honeymoon period, Deputy Prime Minister and Minister for Education, Gopal Man Shrestha assured that the government is committed to take action against chiefs of two big public enterprises.

Reiterating the commitment, DPM Shrestha said, “The process has already begun as the files of both have been registered in the cabinet. The next cabinet meeting will decide their fate. The government will not let the corrupted go.”

Recalling that the government had formed a probe committee in the case of Sajha chief Sharma and sought a clarification from him, DPM Shrestha said that the CIAA interrupted the process and lodged a case against him. However, he added that the government has sought second clarification from Sharma within three days and expected to receive it by Friday, following which the cabinet will decide regarding the issue.

Speaking at the same occasion, Minister for Information and Communication Mohan Bahadur Basnet added that the government has already started the procedure to bring guilty to book into justice.

Likewise, Minister Basnet said that the government has achieved to conduct the local election in Province 2 and to focus on upcoming provincial and parliamentary elections during its first 100 days of the period.

KATHMANDU, Jan 17: Province 2 has been officially named Madhesh, as per the results of a poll held at the... Read More...

KATHMANDU, Jan 17: Minister for Labour, Employment and Social Security Krishna Kumar Shrestha has made his achievement in the last... Read More...

It’s official: Janakpur is the capital of Province 2!

JANAKPUR, Jan 17: Janakpur has been selected as the capital of Province 2. Polls were held for the selection of... Read More...