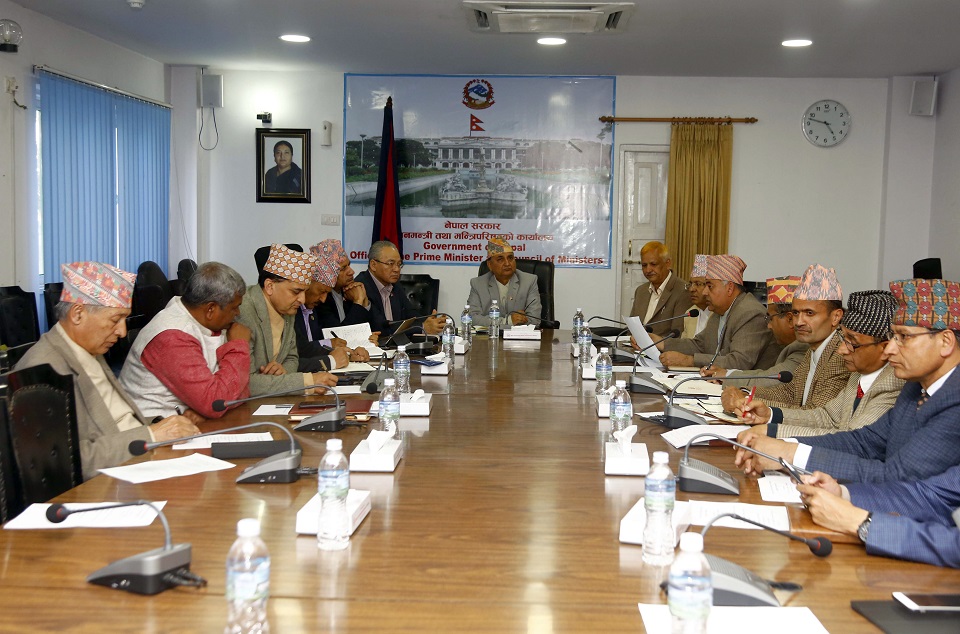 KATHMANDU, March 13: Government is preparing to stop issuing visa to the aspiring visitors from those European and the Middle East countries which have been affected by the global pandemic of coronavirus.

Earlier on Monday, the government had decided to suspend on-arrival visa for the citizens of eight countries including three new European countries- France, Germany and Spain to be effective from Tuesday.

Minister for Finance Dr Yubraj Khatiwada who is also the government spokesperson unveiling the decisions taken by a high-level task force to prevent coronavirus spread to Nepal, said that the government is finalizing the list of coronavirus affected countries in EU and the Middle East. “However, no decision has been made to suspend international flights", he said.

The meeting also asked the Ministry of Health and Population to chalk out contingency plans if this global pandemic breaks out in the country. “Health Ministry has been directed to increase quarantine facilities, isolation wards, and supply of necessary pieces of equipment at the earliest along with the equipment necessary for the safety of health workers involving in treatment,” Minister Khatiwada informed.

According to the decisions made, schools and scheduled examinations will not be suspended. Similarly, medical personnel of Nepal Army, Nepal Police, Armed Police Force, medical colleges and other health institutions throughout the country will be kept alert to mobilize in case of emergencies due to viral outbreak.

The government also urged the public not to organize or attend public events, assemblies, weddings, public feasts and other mass gatherings.

Kathmandu, April 10: In view of acute shortage of hand sanitizers in the domestic market amid COVID-19 outbreak fears, the Nepal... Read More...