Govt to supply much-needed medical kits to provinces via choppers 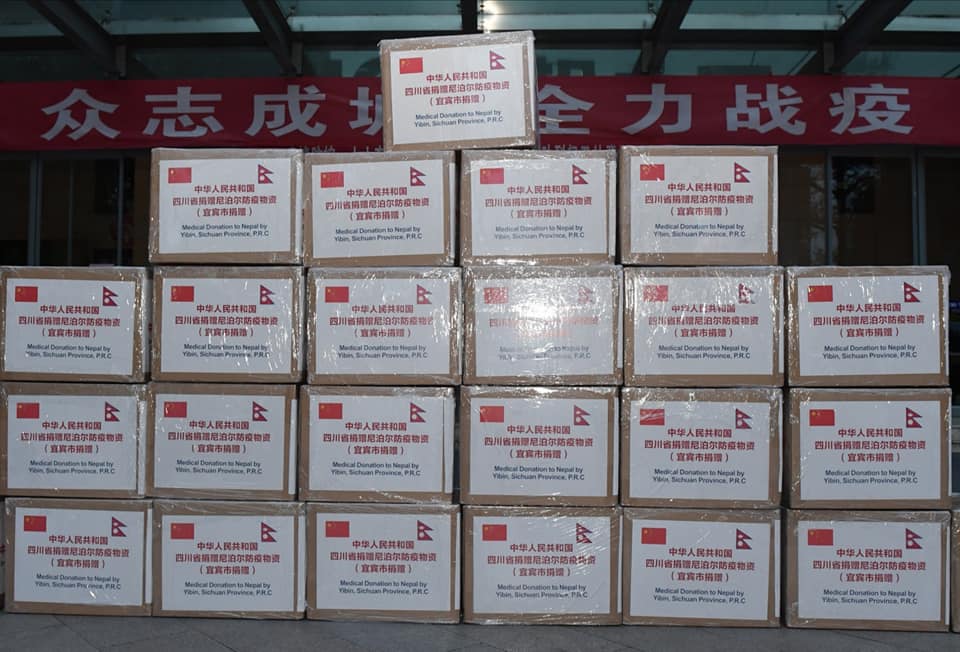 KATHMANDU, March 29: The government has been bringing 30 tons of medical kits including the much-needed swab testing kits for the laboratories and Personal Protective Equipment (PPE) for doctors from China on a chartered flight of the national flag career.

Spokesperson for the Ministry of Health and Population (MoHP), Dr Bikash Devkota said those imported medical kits will be dispatched to the 25 hub hospitals using helicopters and trucks from Sunday. The government has identified various 25 hospitals in all seven provinces as hub hospitals with isolation and treatment facilities for the Covid-19 positive diagnosed and suspected patients.

'We have planned to dispatch the imported medical kits from the customs office at the airport using helicopters so that all essential needs for the various hospitals outside Kathmandu can be met," said Devkota.

The total cost for 18 different types of medical kits to be brought from China is Rs 1.24 billion, according to health ministry.

A meeting of the high level coordination committee has decided to deploy Nepal Army, Nepal Police and Ministry of Physical Infrastructure and Transport officials to deliver the medical equipment at the provincial and district level.

After complaints by doctors of not getting PPEs and other safety measures while exposing them to the suspected Covid-19 patients, the government purchased medical kits from China through fast-track.

Nepal Airlines plane which left for Guangzhou on Saturday noon will land in Kathmandu before the midnight withe one million surgical masks and 100,000 PPEs, according to the health ministry.

However, director at the Health Service Department Mahendra Shrestha said that it is not certain whether the suppliers can deliver all demanded medical kits on the chartered flight on Saturday.

"We have ordered much-needed medical kits that could fulfill the demand of nearly one month in the worst case scenario. If all demanded kits are delivered, we will be able to start swab tests in all provinces soon," said Shrestha.

The ministry has ordered reagents and chemicals that could test up to 50,000 swab samples for Covid-19. Keeping in view the shortage of testing kits, the National Public Health Laboratory in Teku has tested only 800 samples in three months. According to Shrestha, the laboratory still has over 1,500 kits that are used for testing Covid-19.

BP Koirala Institute of Health Sciences in Dharan has started swab tests from Friday and tested 19 samples by Saturday. The health ministry has planned to upgrade laboratories in Pokhara and Nepalgunj with the Covid-19 test capacity immediately after receiving medical supplies from China, said Shrestha.

After a video-conference between Prime Minister KP Oli and chief ministers of all provinces, the federal government has also decided to involve provincial governments for arranging quarantine, tracing the suspected Covid-19 infected, facilitating their swab tests and treatment process.

Financial irregularities suspected in procurement of medical equipment from China

KATHMANDU, March 29: It has been revealed that the medical equipment and other logistics that the government has procured from... Read More...