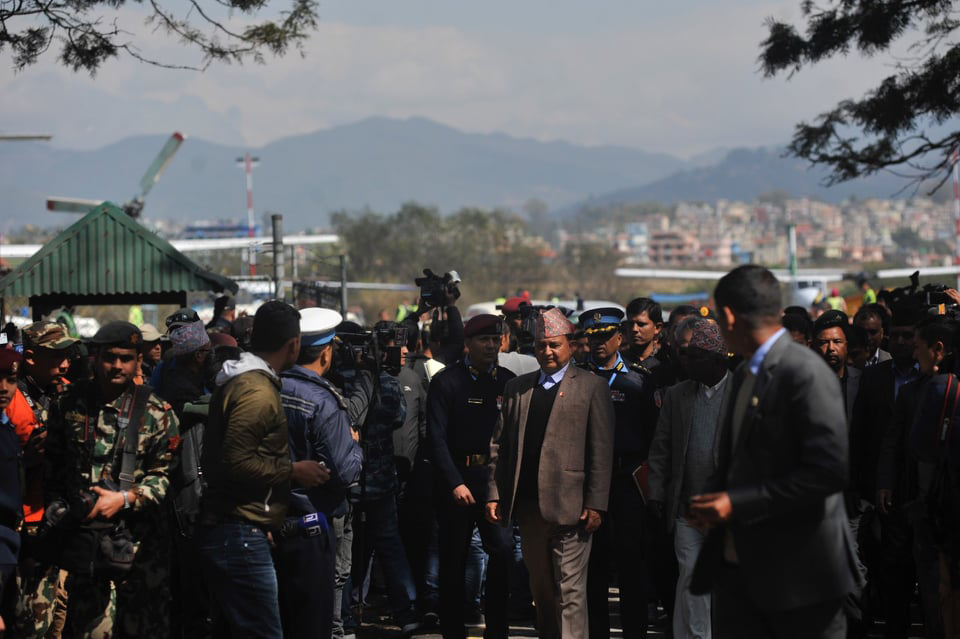 On the Taplejung helicopter crash that killed all seven people onboard including Culture Minister Rabindra Adhikari, DPM Pokhrel said the government has formed a high-level probe committee, and reasons behind the crash would come out soon. "All air accidents may not be of the same nature. An air accident of the same nature will not be repeated," he said talking to media-persons at Tribhuvan International Airport.

All bodies of the crash victims would be kept at Tundikhel for condolence following postmortem at Tribhuvan University Teaching Hospital, and thereafter the bodies would be handed to the bereaved families. The government would help in transporting the bodies to the cremation ground, he informed.

KATHMANDU, Jan 20: The Ministry of Agriculture and Livestock Development is all set to implement Riverbed/River Bank Farming Program from the... Read More...