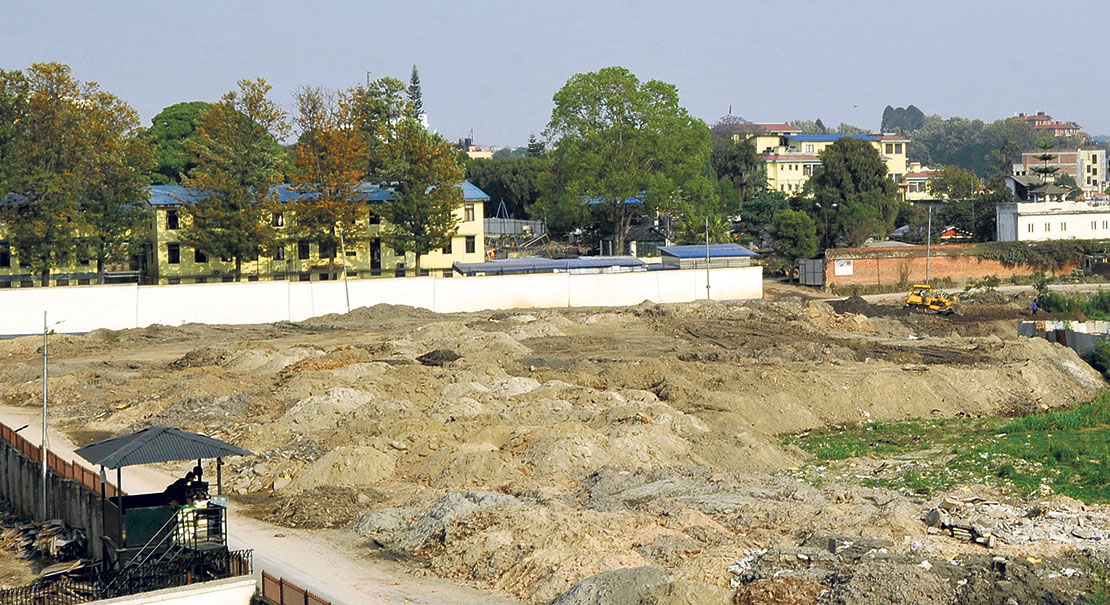 KATHMANDU, May 15: The government plans to ban the sale of land belonging to national and international NGOs, consumer committees and private and community organizations until the bodies that have been probing various land scams complete their investigations.

Officials at the home ministry said that they took the decision suspecting that land brokers who have captured government land in various ways may illegally sell or transfer such properties to sundry individuals or organizations to avoid action by the government.

“It is suspected that government land worth billions has been captured by various private parties or other organizations in collusion with government employees and land brokers,” said a source at the home ministry. “Therefore, the chief district officers will soon get directions to bar NGOs/INGOs and other organizations from selling fixed assets that are now under institutional ownership until the various investigation bodies complete their probes into the capture of public property.”

Once this decision comes into effect, land belonging to NGOs/INGOs and other organizations cannot be sold.

“We will implement this strictly because it is our duty to protect public property,” said Subedi.

According to officials, transactions in such land will be prohibited until the CIAA and the Central Investigation Bureau of Nepal Police come up with their findings and reports on the matter.

A few weeks ago, a cabinet meeting formed a five-member commission to investigate and suggest action against those involved in grabbing government and public land across the country. The CIAA and CIB have also been investigating dubious transfers of land at Lalita Niwas, Baluwatar.

KATHMANDU, June 26: The Commission for Investigation of Abuse of Authority (CIAA) has summoned 86 persons including families of those... Read More...

KATHMANDU, Oct 5: The chief of the Truth and Reconciliation Commission, Surya Kiran Gurung, has complained that the government's delay in... Read More...