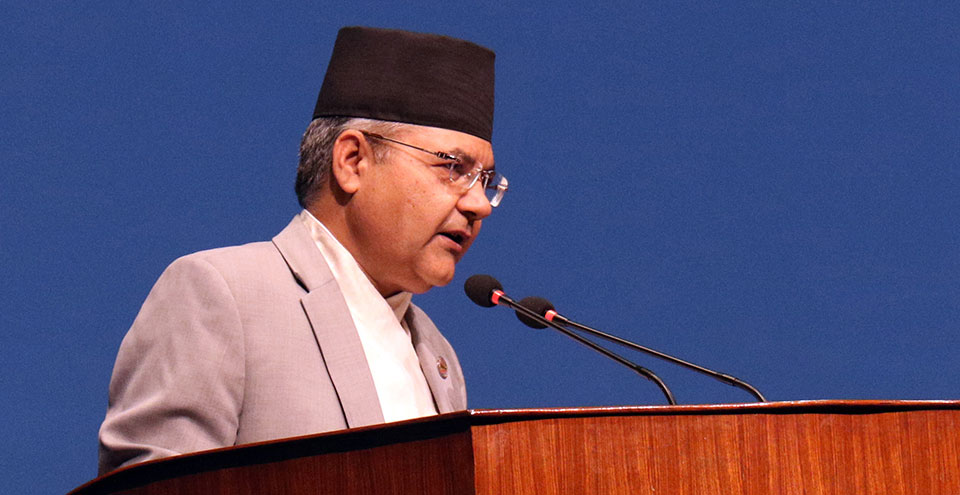 KATHMANDU, July 11: Government spokesperson Gokul Prasad Baskota who is also a Minister for Communications and Information Technology has urged the main opposition Nepali Congress(NC) to clarify its stance on the outlawed Biplab-led outfit.

Baskota accused NC of supporting violent activities being carried out by the Netra Bikram Chand-led party.

"Why is NC supporting Biplab-led outlawed party to the detriment of constitution, law and peace," questioned Baskota.

Baskota's statement came after NC accused the government of 'trade of death' after two persons were killed in an exchange of fire between plain-clothes police personnel and cadres of Biplab-led outfit in Bhojpur district on Wednesday.

On a separate note, he reiterated that the government will not accede to NC's demand for the formation of a parliamentary committee to probe the death of Biplab-led outlawed party's Sarlahi district in-charge Kumar Paudel reportedly killed in an encounter with police in Sarlahi district a few months back.

NC has been obstructing the proceedings of the House of Representatives to put pressure on the government to get its demand for the formation of a parliamentary committee to probe Paudel's death met.