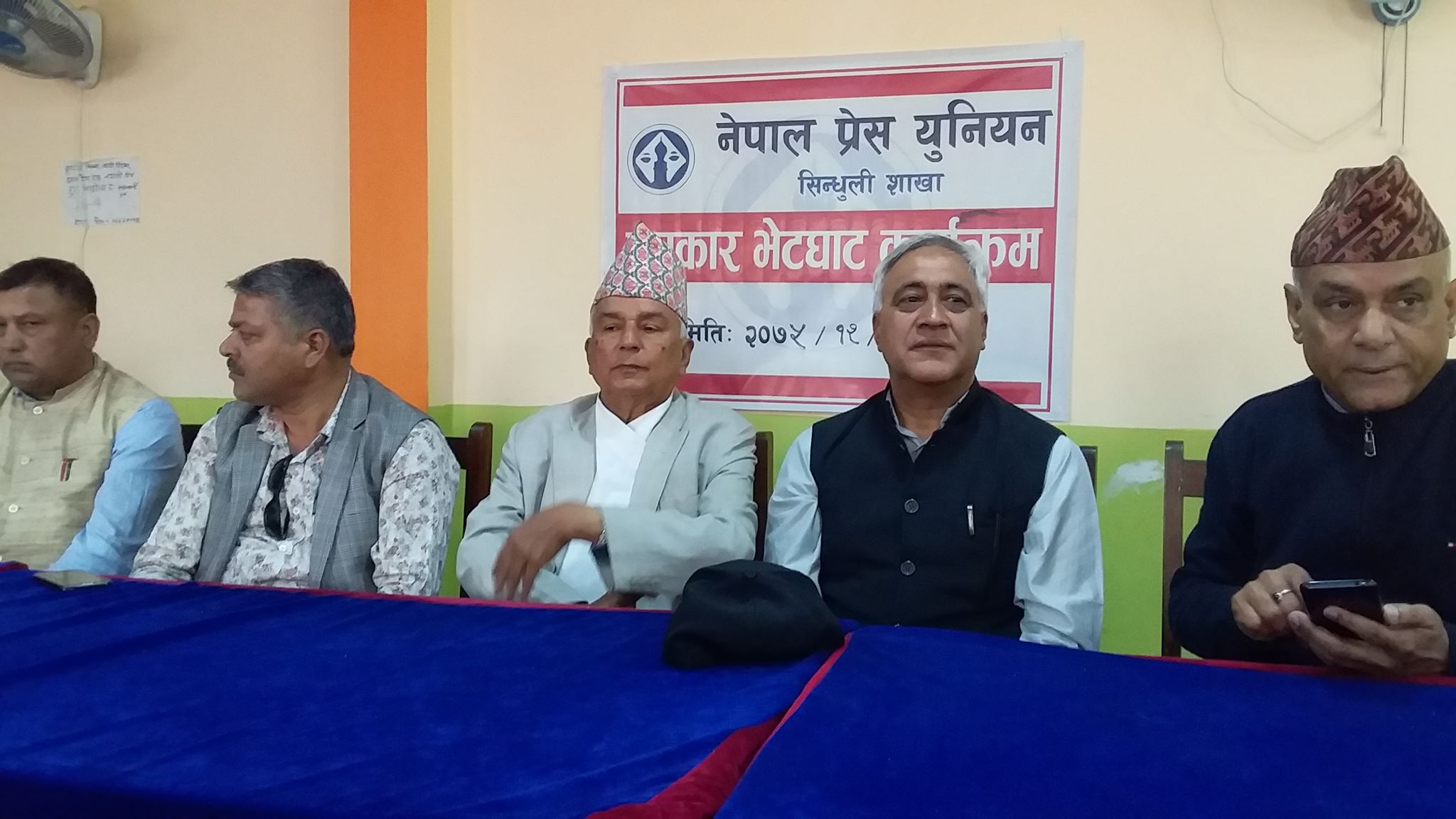 The government is trying to centralize the state power on the back support of the majority.
Speaking at a press meet organised by the Nepal Press Union (NPU), Sindhuli, leader Poudel claimed the school had proved it a complete failure in a year of the establishment.

The government intends to own the rights of big projects, military power and judicial bodies has pushed democracy towards a risk.

As he said, the government failed to address issues relating to peace, security, good governance, development and prosperity. According to him, it was wrong to ban the Communist Party of Nepal (CPN) led by Netra Bikram Chand 'Biplav' by the government and the decision should be reconsidered. He was of the view that issues capable of weakening nationality and democracy should not be taken into a referendum.

The NC senior leader said the party is launching the 'Madhesh Dialogue Campaign'. He went on to say that the Nepali Congress failed to carry out a role of effective opposition and an end to factionalism seen in the party was his priority of the hour, not leadership. "If time demands, I am ready to take the responsibility of leadership. "

VIDEO: Prez is not only a witness but also a partner in crime committed by PM Oli: NC leader Thapa