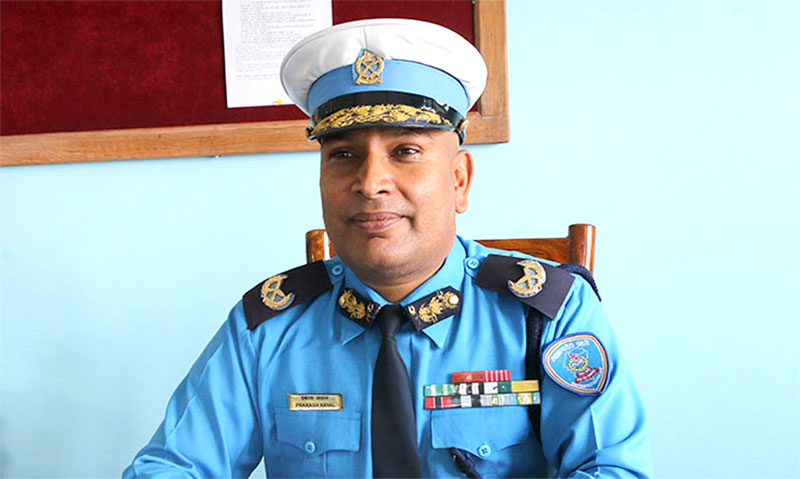 The meeting of Council of Ministers on Monday took the decision to promote Aryal as the new IGP based on the performance evaluation of last four years.

The government took the decision after Supreme Court annulled its previous decision to promote DIG Jaya Bahadur Chand to the post.

Aryal was serving at Crime Investigation Division. Aryal had entered into police service on April 11, 1988 as an inspector. Aryal was promoted to Deputy Inspector General of Police (DIG) on December 19, 2011. He had also served as the chief of Crime Investigation Bureau (CIB), Mid Western Regional Office of Nepal Police and Metropolitan Traffic Police Division.

Earlier, the government had promoted DIG Chand to the post of IGP on February 12. On the same day, a single bench of Chief Justice Sushila Karki had issued an interim order not to implement the government’s decision.

Giving verdict on March 22, the apex court had annulled the government's decision to appoint DIG Chand as IGP and stated that the promotion was unique example of "Pick and Choose."

Stating that the appointment of such position should not only be up to the collective wisdom of the decision makers, the court had ordered the government to consider the performance evaluation of the four senior-most DIGs for the past four years and appoint one of them as the IGP based on seniority and merit.

The government had picked technical AIG Dr Dinesh Chandra Pokharel as the acting IGP after its decision to promote DIG Chand to the post was stayed by the court.

12 people, including four foreigners, trapped in Tumling of Namkha
57 minutes ago