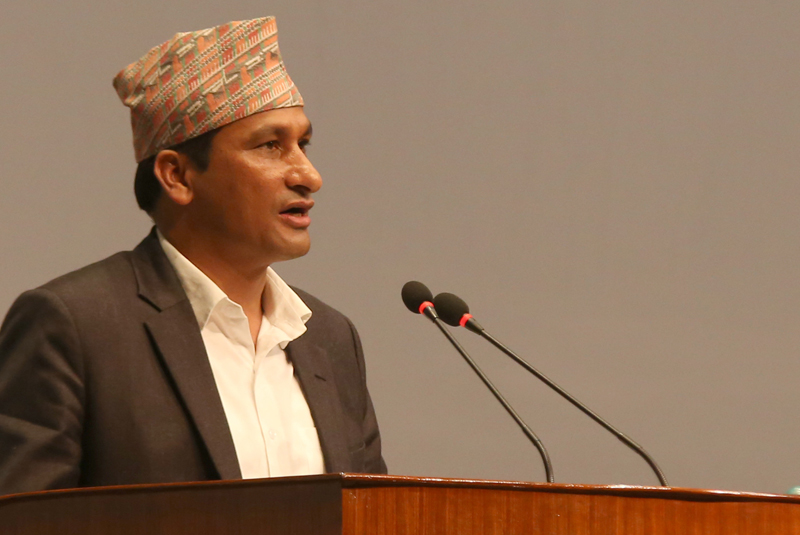 Minister for Forest and Environment Shakti Bahadur Basnet shared it with the House of Representatives session today. In his response to government queries, he said forest investment, protection, and utilization programs had been prepared with the plan of connecting them to economic development and job creation campaign.

He made it clear that the budget allocated to the forest and environment sector in the upcoming fiscal was not less than of the current fiscal year. It was capable of meeting the people's expectation. He was responding to the concerns from lawmakers raised during the discussions of various headings of the appropriation bill relating to the ministry.

The government has allocated Rs 11 billion to the sector of forest and environment.

Lawmaker Prem Suwal urged the government to pay attention to the increasing pollution and its impact on people.

In response to the questions of lawmakers, Minister Basnet said that the government was working out to implement the measures of lessening pollution in Kathmandu Valley.

LAHAN, Nov 1: During the last local and provincial elections, one of the promises that almost all political parties and leaders... Read More...