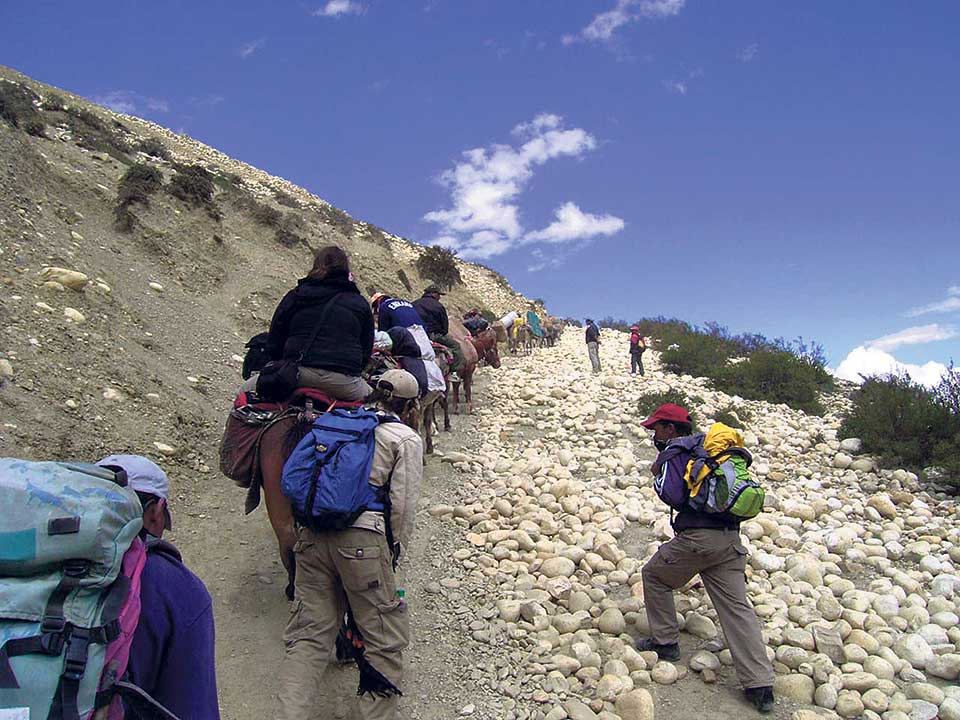 KATHMANDU, Nov 4: The Department of Tourism (DoT) will be issuing trekking porter guide license and identity card to around 1500 porter guides, four years after a decision to provide the license with basic training, exempting them from the minimum academic qualification of grade 10.

In 2014, the Ministry of Culture, Tourism and Civil Aviation had decided to provide license to the porter guides if they completed trekking guide training from Nepal Academy of Tourism and Hotel Management (NATHM) or Nepal Mountain Academy (NMA).

A cabinet meeting on October 4 had decided to start issuing license to them as soon as possible. Issuance of license and identity card to the guides will begin Sunday.

The porter guides without the minimum academic qualification of School Education Examination (formerly School Leaving Certificate) used to be known as ‘illegal’ workers in the trekking industry.

These ‘illegal’ guides had long been demanding license and job security.

“It took almost four years to implement the minister-level decision. Finally the guides without the minimum academic qualification can get license and identity card from the department,” said Durga Datta Dhakal, executive director of NATHM.

Based on last month’s cabinet decision, the department had issued a notice to the guides, who have received training from NATHM or NMA in different seasons since 2014, to come and get their licenses and identity cards. As a license fee, the guides have to pay Rs 1000 each to the department.

“Certainly they have work experience as guides, but because of their lack of academic qualification, they were deprived of license and identity card,” Dhakal said. “It made them illegal workers.”

Dhakal added that several reasons had obstructed the department to implement the ministry’s decision.
“It is good for the workers that they will now be legally certified by the government,” Dhakal said, adding, “They will now get facilities such as insurance, proper wage, legal permission to go to high altitude, and other privileges provided by the government.”

“The trekking porter guides will also be exempt from the 10+2 level education to get trekking guide license,” he said. “They will only need four years of work experience after receiving porter guide license.”
They however, need to take further training from either NATHM or NMA, he added.

The role of United States was important in Nepal's development: NCP chair Dahal