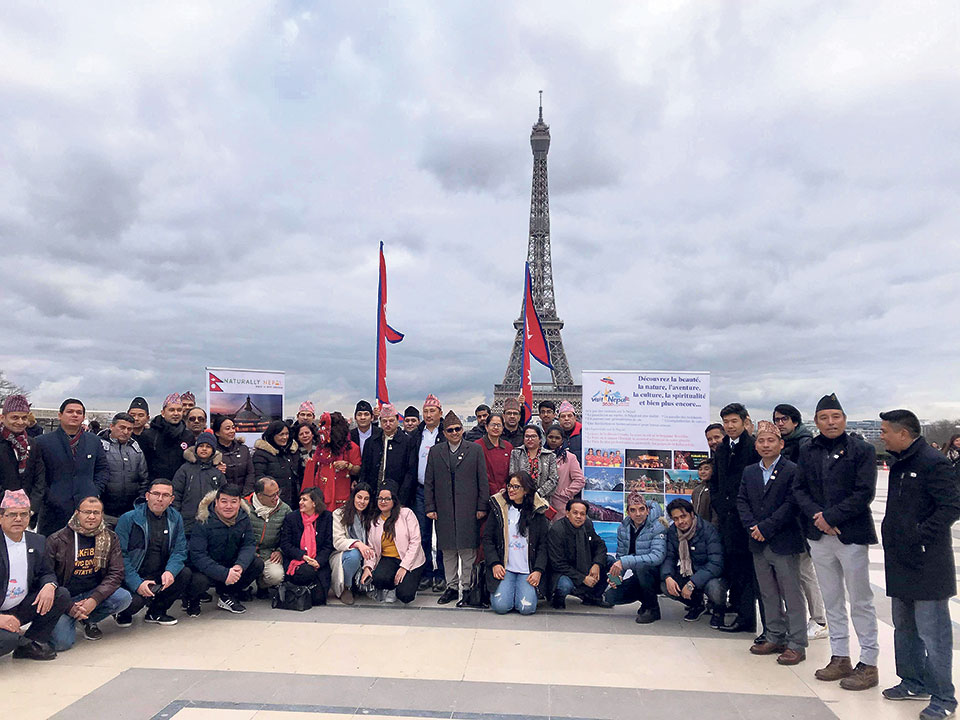 KATHMANDU, Jan 8: The government has intensified promotion of Visit Nepal Year 2020 campaign in various countries following official launch of the yearlong tourism campaign on January 1. The campaign was inaugurated in all seven provinces simultaneously.

During the inauguration, Minister for Culture, Tourism and Civil Aviation, Yogesh Bhattarai, had said that the inaugural events will be organized globally after a week of the formal launch of the campaign.

Various programs were organized like Australia, France, China and Thailand, among others, this week. Minister Bhattarai attended the program in Australia on Tuesday. A special program was organized at Circular Quay, Sydney by the Embassy of Nepal with the assistance of Non-Resident Nepali Association (NRNA).

However, the program drew criticisms as many felt it was inappropriate to organize promotional event in Australia at a time when is facing natural crisis due to raging bushfires.

The event was jointly inaugurated by Minister Bhattarai and Speaker of the New South Wales' parliament Jonathan O'Dea on Sydney Opera House premises. Addressing the program, Bhattarai expressed condolences to people who lost their loved ones in the bushfires. “I would also like to convey our government's profound solidarity and full support for the continuing impressive fight against this catastrophic bushfire,” he said at the program, according to a statement issued by the ministry.

“The main objective of organizing this campaign, with the slogan of Lifetime Experiences, is to promote Nepal as a must-visit tourist destination around the globe and help in the economic development of the country,” Bhattarai said, adding that the government has formulated favorable policies for foreign investment in tourism sector like airports, hotels, resorts, casinos, fun parks, cable cars and airlines.

“The government is also ready to offer incentives to investors. We have also adopted policy that encourages international airlines to fly in the Nepali airspace,” he added.

He also said that the recently-signed Air Service Agreement between Nepal and Australia has paved a way to establish direct air connectivity between the two countries. “I am confident that we will be connected by air in the near future. I invite Australian airlines to fly to Nepal,” he Bhattarai added.

Similarly, President of NRNA Australia, Keshav Kandel, said that the Nepali community in Australia was helping the bushfire survivors. “We have already handed over 20,000 Australian dollars to the concerned authority and have raised an additional A$5,000,” he added.

Meanwhile, Nepali Ambassador to France Dipak Adhikari and NRNA President Narendra Shah distributed promotional materials during a program organized in Paris. Speaking at the event, Adhikari said that the Nepali mission in Paris will play an active role in organizing more promotional programs in collaboration with NRNA and other institutions in the coming days. Likewise, souvenirs with the message of VNY 2020 were distributed in the inaugural event organized in China. While in Thailand, a walkathon was organized to promote the campaign.

I was going through Instagram posts and came across a majestic photo of Kanchenjunga. The photo was taken from a... Read More...