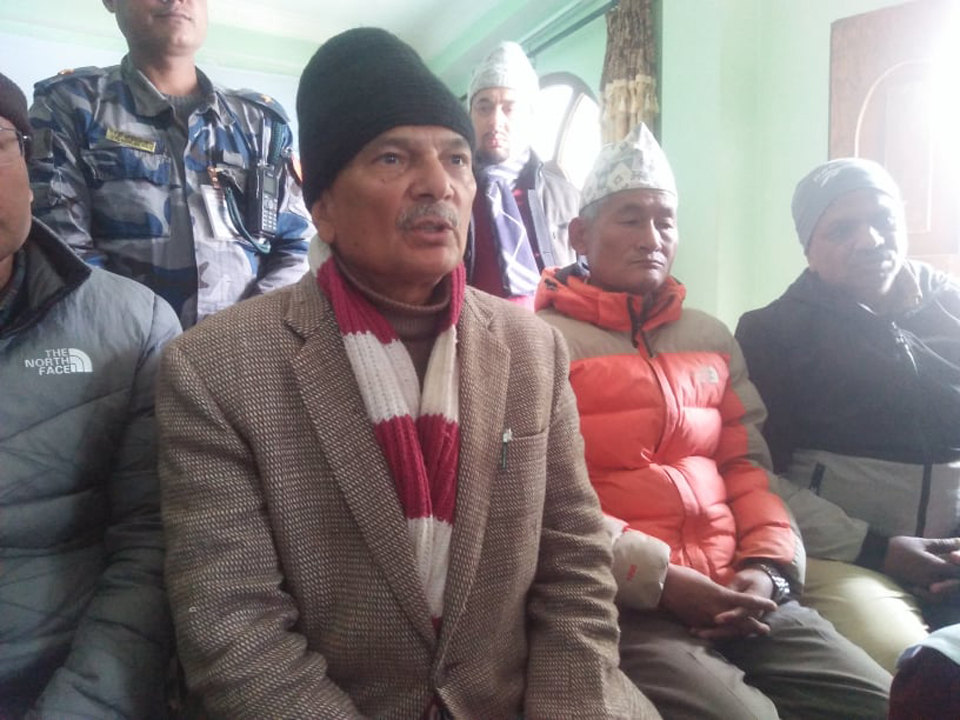 RUKUM, Feb 21: Former Prime Minister Baburam Bhattarai has stressed on the need to strengthen the local units in order to effectively implement the federal system.

Speaking at a press conference in Musikot of Rukum (west), he said since the country has now achieved a significant political gain the government should now focus on economic transformation.

Bhattarai, who is also the coordinator of Naya Shakti Nepal, criticized the current government for failing to meet the people's expectations.

“As there is political stability, the government is supposed to be working for economic development and prosperity. But we didn't find any positive signal even after one year tenure of the government. They are still stuck in petty issues,” he said, adding that the government has lost its track.

PARBAT, April 25: A large number of students in Kushma Municipality have been deprived of textbooks as the local unit has... Read More...

GORKHA, April 23: Haphazard excavation of resources on the banks of the Trishuli, Budi Gandaki, and Daraudi rivers is highly prevalent... Read More...