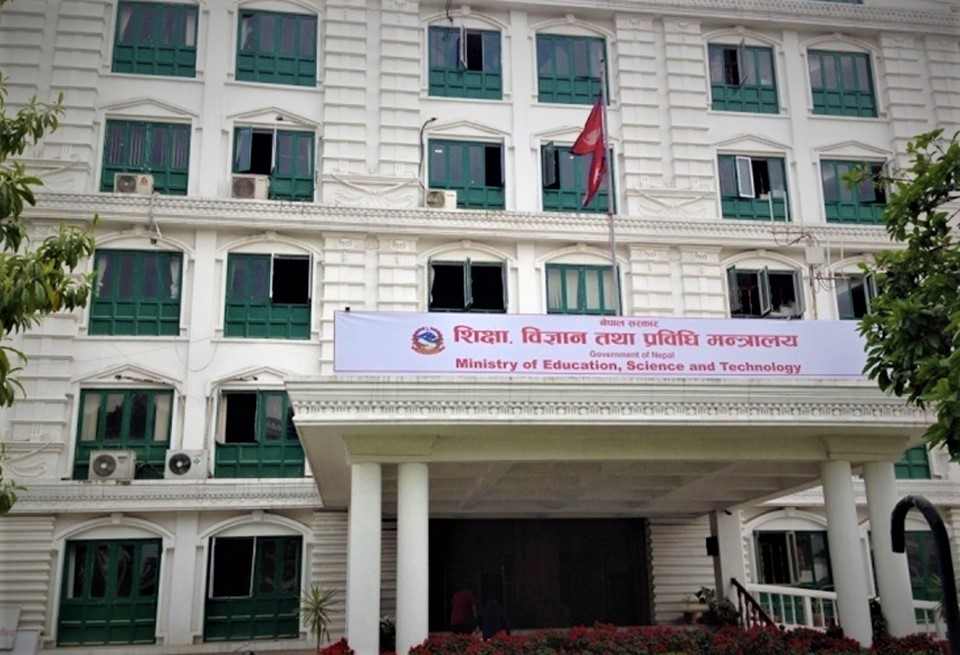 KATHMANDU, May 4: Minister for Education, Science and Technology, Giriraj Mani Pokharel has said that he has directed Tribhuvan University (TU) to answer within three days why the TU-affiliated private medical colleges haven’t returned the illegal fees they had collected from the students, as agreed a month ago.

Speaking at an interaction organized on Friday by the Education Journalists Group, Minister Pokharel said that the ministry dispatched the direction to TU on Thursday to make the medical colleges return the illegal fees collected from the students. “I directed TU to respond about the implementation of the decision taken more than a month ago,” he added.

Private medical colleges under TU agreed on March 21 to return the illegally-charged fees within a month. An agreement was reached between the university and the medical colleges on March 21 in the presence of the representatives of student organizations and officials from the Ministry of Education, Science and Technology (MoEST), according to MoEST sources.

Talks in this connection were held among the stakeholders after two student unions belonging to the ruling Nepal Communist Party (MCP) padlocked TU vice-chancellor’s office and the office of the dean of the Institute of Medicine (IOM). The All Nepal National Free Students Union (ANNFSU), which was earlier affiliated to the then CPN-UML, and the All Nepal National Independent Students Union-Revolutionary (ANNISU-R), which was affiliated to the former CPN (Maoist Center), padlocked the offices to protest against the charging of illegal fees by TU-affiliated private medical colleges.

Representatives from TU, MoEST and the medical colleges had expressed commitment to jointly monitor whether the illegally-collected fees are returned. The agreement among the stakeholders was reached in the presence of Minister Pokharel, according to ministry sources. However, nothing has been done for more than a month.

“As per the two-point agreement, the closed Gandaki Medical College has already been opened,” said Vice Chancellor Dr Tirtha Raj Khaniya. “We mobilized a monitoring team headed by Kusum Shakya. The team is yet to submit its report,” said VC Khaniya.

Regarding the direction from Minister Pokharel, VC Khaniya said, “I am yet to receive the letter. I will submit our report to the ministry on Sunday or Monday.”

KATHMANDU, May 8: Only 433 out of the 753 local levels in the country have submitted particulars about vacant posts... Read More...