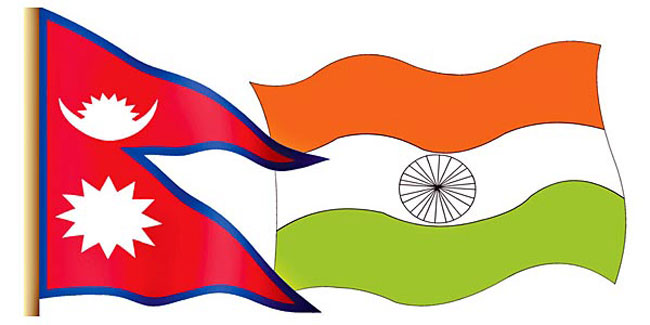 KATHMANDU, Jan 22: Nepal has taken a diplomatic initiative to maintain 'status quo' in the use of some pieces of land which are said to have fallen on the Indian side in Parsa district in the course of carrying out maintenance of old border pillars and erecting new ones along the Nepal-India border.

The government initiative comes in the wake of some border pillars installed by joint Field Survey Team (FST) of Nepal and India falling on the land traditionally held by Nepali nationals in Sirsiya area in Birgunj. "This kind of problem has surfaced due to fixed boundary principle adopted by Nepal, especially in places where we have ravine boundary.

We have initiated diplomatic communications with the Indian side to maintain the status quo in the use of land by the respective users until appropriate arrangements including compensations to the users are made," said Director General Ganesh Prasad Bhatta.

Amid concerns from various quarters after a large area of land owned by Nepali nationals allegedly fell on the Indian side during a fresh demarcation, Prime Minister Sher Bahadur Deuba on Sunday called a meeting with minister for land reforms and management, chief secretary, secretaries at foreign ministry, home ministry and ministry of land reform and management, chiefs of security agencies and advisors to the prime minister to discuss the matter.

A cabinet meeting held in December 1988 had decided to adopt fixed boundary principle ie the boundary demarcated during Sugauli Treaty shall be recognized. As 640 km stretch of the total 1,880 km Indo-Nepal border constitutes ravines, the actual border demarcated by rivers has changed over the last 300 years, survey officials said.

Director General Bhatta said since two nationwide surveys conducted by Nepal between 1965 and 1978 provided land registration certificates to the owners -- much before Nepal decided to recognize fixed boundary principle --  the problem of cross-border occupation has surfaced in recent years. "In many cases, territories being held by Indian nationals has fallen inside Nepal and those held by Nepali nationals inside India. Some territory in Sirsia area in Birgunj has fallen into the Indian side due to fixed-boundary principle," he further said.

Officials at the Department of Survey, however, said they will be in a position to say how much land held by Nepali nationals has fallen into the Indian side in the recent demarcation in Parsa district only after a team deputed following the controversy submits its report.

Joint teams of Nepal and India are currently collecting details of cross-border occupation to resolve the issue and provide compensations to the rightful owners of the lands. A Boundary Working Group formed earlier by Nepal and India had been given the mandate to collect such details and provide them to their respective governments to help resolve the problems.

KATHMANDU, Dec 13: The government has prepared a draft bill on the governance and management of local units by maintaining ward... Read More...

In a new twist, EC trashes demand of NCP rival factions to recognize them as official NCP
4 hours ago