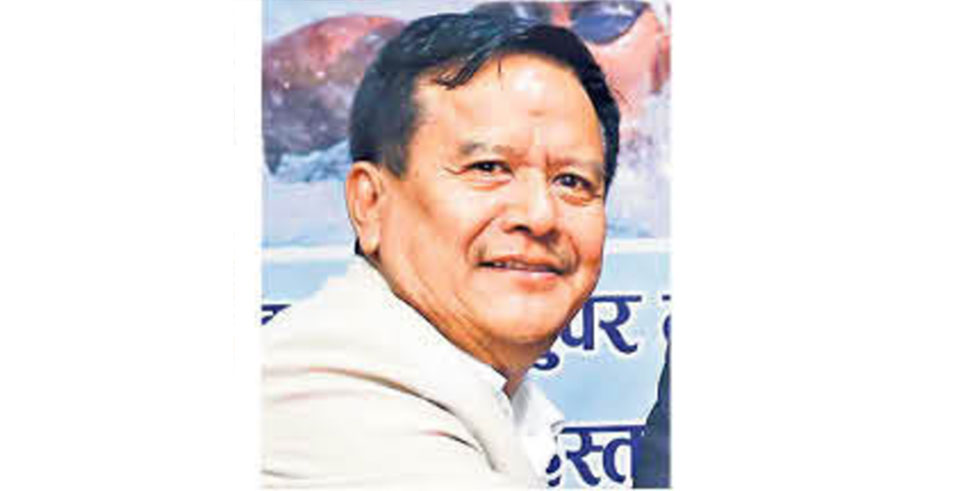 KATHMANDU, April 13: The government has decided to confer one of the highest civilian awards on the proprietor of Bhat Bhateni Supermarket, Min Bahadur Gurung, who is under police investigation for his role in illegally transferring the ownership of government land belonging to Lalita Niwas to private individuals including himself.

Officials at the Ministry of Home Affairs (MoHA) said Gurung is among the 96 persons receiving Suprabal Jana Sewa Shri Third. Each year, the government announces the recipients of various state honors on the occasion of the Constitution Day and confers those honors on the first day of the Nepali New Year.

Gurung, who is under-investigation by the Central Investigation Bureau (CIB) of Nepal Police, is among the 343 individuals receiving various types of state honors from President Bidya Devi Bhandari on Sunday. Gurung, along with over two dozen businesspersons, land mafia and government officials, is currently under-investigation for their role in illegally transferring the ownership of the land acquired duly by the government to private individuals.

According to the home ministry, Gurung's name is listed on the 72nd number of those receiving the awards on Sunday. A government secretary, who talked to Republica on the condition of anonymity, expressed dissatisfaction over the preparation of the government to award someone who is under investigation for such a crime.

“We also have the same belief that those who are involved in embezzling public property should not be awarded. But the decision made by the Award Selection Committee is always final,” he said. “Although Gurung was recommended for the award before the controversy, his name should have been removed following such a serious allegation against him.”

Earlier, the KP Oli-led cabinet had withdrawn the decision to award Chief Secretary Som Lal Subedi after he was found criticizing the government. Only a few days ago, the cabinet had decided to withdraw the decision of the Award Selection Committee to award Section Officer at District Administration Officer Kailash Mathakshe after facts came to light that he was arrested red-handed by the Commission for the Investigation of Abuse of Authority while taking bribe from service seekers.

“It would be highly inappropriate to award someone under investigation for misappropriating public property by the government, which decided to withdraw a decision to award an official just because he criticized the government,” said a government official.

Earlier, Government Spokesperson Gokul Banskota expressed commitment to book all those guilty behind illegally transferring the ownership of public land to private individuals. However, Gurung is being awarded against the pledges made by Minister Banskota.